Will Smith And Jada Pinkett Separate: Break Up Over Will’s Decision To Come Out As Scientologist Publically? 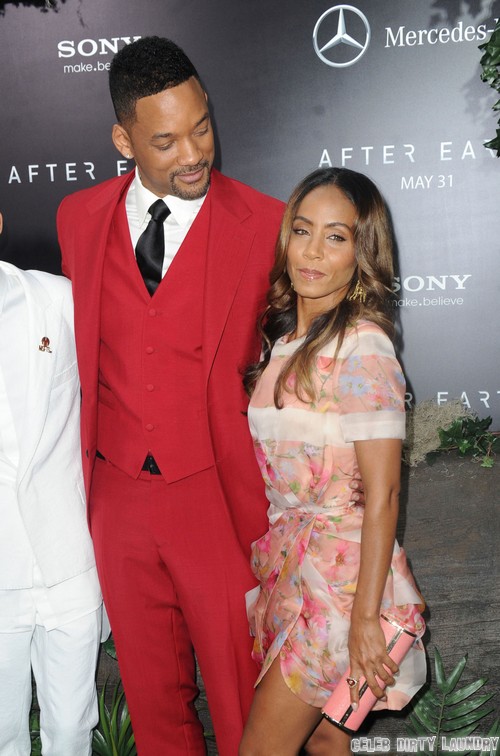 Will Smith and Jada Pinkett are reportedly on the verge of a breakup, and there are some sources who are stating that it’s because Will wants to officially come out as a Scientologist and Jada is against this.

A report earlier this week stated that Will and Jada are planning on selling their house, to make their ‘divorce mediation’ easier. But why are they already so keen to get divorced? Well, we know [or at least hear] that Scientology is reportedly a major point of contention between the two, and Will’s reportedly been wanting to come out officially for a long time. I realize the double meaning of those words considering that gay rumors have been swirling around Will Smith for a very long time, but all we’re hearing are the Scientology rumors right now.

Obviously, this is just source speak, and Will and Jada’s reps have already denied any rumors of a separation and divorce. And I’m sure that Will and Jada have actually had arguments about whether to come out as Scientologists, but I don’t think either one of them is going to do it. Will’s managed his career very carefully over the last twenty years, much more carefully than either Tom Cruise or John Travolta, and he’s generally very, very careful about his public image. Yes, After Earth was a huge flop and labelled as Scientology propaganda but that doesn’t necessarily mean anything in the long run – whereas if he associates himself publicly with Scientology, he’ll get grouped in with the crazies because the public image of Scientology is not so great right now.

Anyway, I think Jada and Will have put far too much work in their relationship to think about divorcing right now. They’re both a lot more business and image oriented than people give them credit for.