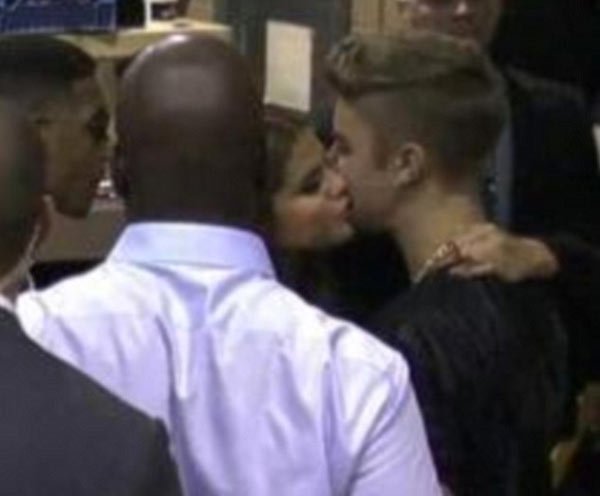 Last night was the Billboard Music awards, otherwise known as the Bill Bored music awards. The show was ridiculously boring and long, and would have put me to sleep if it wasn’t for a few priceless moments sprinkled throughout it. One of the best parts, and consequently all over the news, was the fact that Justin Bieber tried to slip Selena Gomez the tongue backstage, and Taylor Swift stuck out her tongue and looked disgusted by this.

Now, I want to recap what usually goes on during these shows. Obviously, all these stars know that the camera could pan to them at any minute during the actual show. However, one thing that people don’t know is that all these stars also know that there are cameras EVERYWHERE, even backstage. That’s why their behavior is as contrived backstage as it is during the show, and they know that everything they’re doing is available to the public.

Keeping that in mind, Justin must have thought that it was totally okay to kiss Selena in public, since they were ‘dating’ again. He tries to slip her the tongue, and she turns her face away so it ends up being a cheek kiss. Meanwhile, Taylor Swift happens to glance Selena’s way and sticks out her tongue in disgust, fully knowing that there are hordes of people around AND that the cameras will capture her reaction.

I mean, it’s not like she was shy about it, you know? It was a pretty public putdown. However, Selena’s reaction to that wasn’t one of anger – no, it was pure and total embarrassment. A lot of you have experienced this – dating a douchebag wannebe idiot, and all your friends telling you that you’re too good for him, but for whatever reason you can’t seem to let him go. That’s exactly what’s happening here. Taylor and Selena’s friends are repulsed by Justin Bieber, and they’re not afraid to show it in public. Selena knows this, and she’s pretty openly embarrassed at multiple times during the show when Justin takes the stage. That being said, will she put her career over her embarrassment? Because she stills needs Justin’s name for publicity reasons, and that’s not likely to change anytime soon.