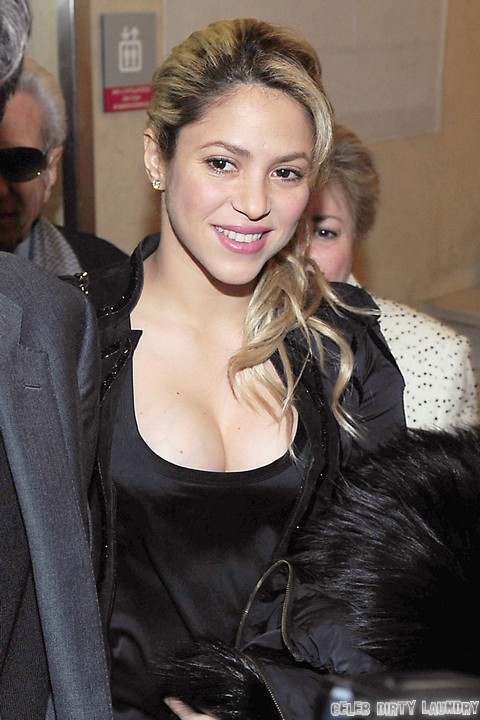 Shakira’s debut on NBC’s super popular talent show, The Voice Season four, will be drawing an exceptionally high amount of viewers and demographics to the show. Her fiery Latin personality, combined with her passion for music artistry, will send contestants and fellow judges running for the hills like Julie Andrews with a bad case of gastroenteritis. This might sound like a negative, but as we know and love reality television, a nervous breakdown sells like hotcakes.

In the beginning, when the format for modern reality TV talent shows was invented by Simon Cowell in the UK (Pop Idols), a ghastly amount of lesser intelligent producers jumped on the bandwagon and created absolutely outrageous formats for reality TV talent shows. Several of these shows succumbed to beginner’s fever and crashed like a morbidly obese bungee jumper. Most did not survive the initial season, especially when Pop Idols was re-branded for a US audience and American Idol became a recurring theme in our modern pop culture vernacular. The format of reality television changed and became a macro-experiment in popularity and musical finesse.

Enter Mark Burnett – the man who changed our view of modern day television.

On the 26th of April, 2011, The Voice debuted and became American Idol/X-Factor’s biggest competition. The new gen format was impressive – for the first time in talent show history, contestants were judged on their voices instead of their looks. The impressive panel of judges – Adam Levine, Christina Aguilera, Blake Shelton, and Cee Lo Green – gave audiences the opportunity to see these iconic singers impress their success and music knowledge on their unsuspecting “teams”.

Music industry critics tumbled out of the proverbial closet and brandished the show as a fluke and an American Idol wannabe, but in 2011, during the debut of The Voice, American Idol was already on life support with its tumultuous re-branding. After the first season aired, and audiences became comfortable with the new approach to talent television, the show became a juggernaut in its own right and disparaged the critics one episode at a time.

It was the dawn of a new era, and American Idol knew it.

After three successful seasons, Christina Aguilera and Cee Lo Green – two of the most popular judges – decided to take a hiatus and focus on their own careers. The producers cast Shakira and Usher to replace the empty, swinging chairs. This decision, to have Shakira join the panel, was a calculated risk – she hasn’t had a successful hit in recent years and her career has been stifled by post-hit doldrums. The producers had to tread the thin line between show re-branding and excessive career-saving. Unfortunately, although this marriage worked well in the past, especially on American Idol, The Voice does not have this freedom of re-casting and re-introduction. In the grand scope of reality television, The Voice is still in its infancy, and a sudden format shake-up such as this could be the final nail in this campy coffin.

Recent PR/Hype reports doing the rounds on the entertainment circuit indicate that Shakira will be controversial in the new season. According to Blake Shelton, Shakira’s fellow judge, “Shakira is so sweet and beautiful… and then the claws come out.”

This quote, albeit forced and hyped, alludes to the fact that Shakira’s infamously assertive attitude and perfectionist mannerisms will be a source of controversy in the fourth season. Unfortunately, as we have learned in past seasons of The Voice, the show’s climactic hype usually falls short after the season premiere. The endless episodes, the ridiculous “Battle Rounds”, the live show conundrums, and the theatricality of the judges, quickly reaches ad absurdum and forces many viewers to tune out even before the winner is announced. However, Shakira’s addition to the panel might just be what the show needs in order to reach a balance between the egotistical ideologies of the judges and the anti-climactic dreams of the show’s failed contestants.

We don’t foresee a lengthy future for The Voice, but if the producers are able to adapt to the new seasons and force a format re-branding every now and then – without crossing the borders of campy idiosyncrasy – the show might just eclipse American Idol’s failed formula.