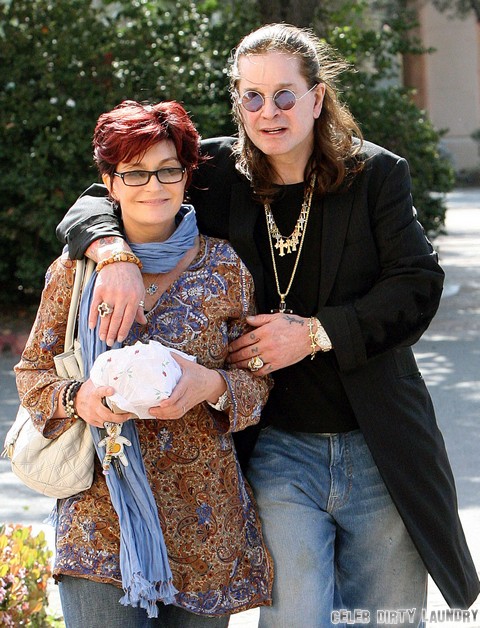 Sharon Osbourne and Ozzy Osbourne have been at the center of a whirlwind news week that began with the news of Ozzy’s alcohol addiction relapse. Although the initial reports stated that Ozzy would be going back to rehab and Sharon and Ozzy would be getting a divorce, it seems as though rumors of a divorce may have been premature.

Sharon was on the Talk today and spoke about the rumors of her walking out on Ozzy. She admitted that she knew he was drinking alcohol, but what she didn’t know about was his addiction to pills. She revealed that while she’s not divorcing him or leaving him right now, she might if he relapses again.

While Sharon was explaining all this on the Talk, Ozzy was busy in Australia on tour. He seems to be sober, but then again, you’d have to be an idiot if you appear drunk in public right after you’ve been accused of relapsing.

Now, it’s great that Sharon is sticking by her man and refusing to divorce him. However, I find it hard to believe that she could ascertain that her husband had relapsed on alcohol, but she had no idea about the pills. It seems to be that she was ignoring what was right in front of her, and she only confronted it once it came out in the news. It’s completely understandable, considering that most women would be in denial about this type of thing. I just get the feeling that there’s more to this than we’re hearing from either Sharon or Ozzy, especially with all the conflicting reports.