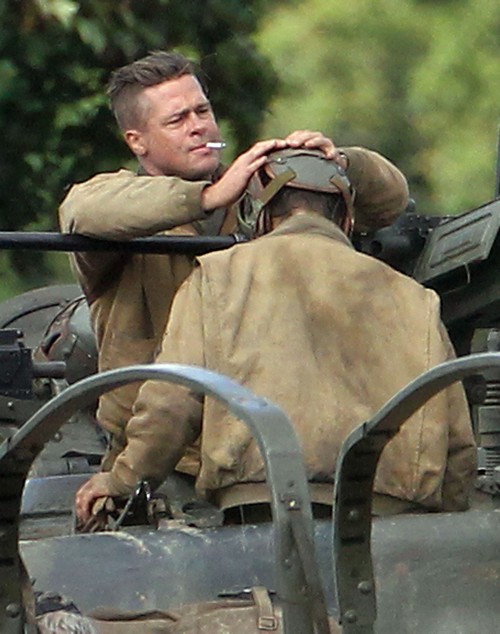 Shia LaBeouf is known for his temper and sometimes unpredictable mouth but is he also an self-entitled cheater? That is what graphic novelist, Daniel Clowes, is claiming. Mr. Clowes swears Shia stole from his 2007 comic and that “Justin M. Damiano” is what the actor used to create his “original” short film with. Was Clowes right in his assumption? He might very well be because it does seem like a lot of people both surfing the internet and behind columns like these agree with Clowes.

“That film, Howard Cantour — which follows the inner dialogue of a disgruntled film critic — debuted last May at the Cannes Film Festival, where no one in attendance seemed to notice that the characters and dialogue had been lifted directly from Clowes’ panels. But when the film debuted online on Monday, the Internet was quick to take notice.” (Hollywood Reporter)

Is it illegal to use someone’s hard work? Why yes. It’s this great thing we call copyright that’s been around longer than Shia’s been alive. What means in this case is that unless you get permission from the creator then no one can be going around making movies off of your work. The result of going against someone’s copyright is intellectual property theft. As an actor, Shia should have known this! It’s not as if his line of work has never dealt with copyrights.

And a couple of hours after the author’s people came out with a comment, Shia admitted to his “mistake.” Shia dealt with drama by going on Twitter to manage the controversy.  He said “excitement and naivete” led him to forget to “follow proper accreditation.” But I guess his movie getting pulled off the internet and possibly facing a lawsuit must have helped to reminded him what he was doing was illegal.

“Copying isn’t particularly creative work. Being inspired by someone else’s idea to produce something new and different IS creative work. In my excitement and naiveté as an amateur filmmaker, I got lost in the creative process and neglected to follow proper accreditation. Im embarrassed that I failed to credit @danielclowes for his original graphic novella Justin M. Damiano, which served as my inspiration. I was truly moved by his piece of work & I knew that it would make a poignant & relevant short. I apologize to all who assumed I wrote it. I deeply regret the manner in which these events have unfolded and want @danielclowes to know that I have a great respect for his work.”

He says he has all this respect for this author and yet it took months after Shia planned, filmed, and edited this movie to acknowledge he essentially stole it from someone else. Is that how he normally shows his gratitude or did he think no one would call foul because he’s a movie star? For all he knows the author may not have even wanted his work turned into a movie. Yet I get the feeling if Clowes had said no then Shia would have made the film anyway.  It’s a testimony to how far Shia must have sunk since his child star days. No one for a second doubted his ripped off Clowes. Why?

Because this isn’t the first time Shia has been accused of plagiarism. He allegedly stole from esquire writer, Tom Chiarella, earlier this year. The incident involves him stealing a couple of paragraphs back when he was arguing with Alec Baldwin. Tom wasn’t upset then and he isn’t now but Shia should have taken his previous experience and learned from it. The fact he did it again, this time to Clowes and might have possibly plagiarized his apology tweet (according to Buzzfed) shows the actor simply doesn’t care. He’ll only give his time to an original thought when its absolutely necessary. And the only person who knows when that will be is Shia!