Shia LaBeouf Starting Fights All Over London,Threatening To Have People Killed – Will He Ever Be Invited Back? 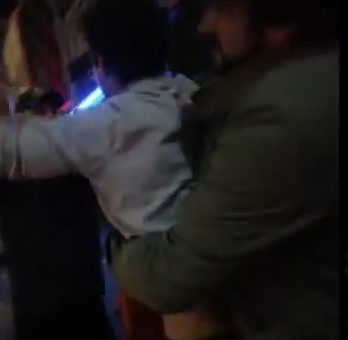 ‘I can get you killed.‘ Not sure on the Star to Fan etiquette here. Shia LaBeouf has basically threatened his way across London during the filming of his new movie. Don’t ask my why but that cute kid from the Disney channel is truly dead and gone and what remains is an egotistical jerk that making us Yanks look bad.

Shia is stationed across the pond shooting “Fury” with Brad Pitt, who isn’t enjoying Shia’s company all that much either because Shia is perhaps too deeply into method acting. The movie required the stars to get in shape as well as mentally prepare for their characters’ mindsets. So to be reluctantly fair, he’ll get credit for being in a military mindset.  However that does not excuse him from sending a fan, much less a unsuspecting woman, straight into tears. Come one, did he really have to push the woman that far just because he didn’t want to sign anything. Excuse me but who does he thinks pays to go see his movies. All he did was scream like a girl and I still saw all the Transformer movies. That woman probably did the same.

The person he threatened wasn’t the woman; it was her boyfriend. The guy like any good gentlemen tried to teach Shia not treat women like that and the actor responded like he’s from the street. No, no Shia. You grew up a privileged white boy on a TV set.  This behavior would be fine except he’s a public figure. A fact he appears to have forgotten and goes as far to make him unprofessional.

Now when he’s on set he keeps this attitude. He’s starting fights with Brad Pitt and looks really sad. Not sad as in “I’m sympathetic” but sad as in “he’s pathetic.” Who in their right mind would fight with the star of the movie. You would have thought he learned his lesson when he insulted Steven Spielberg back during Indiana Jones 4. Here’s what he needs to do – he needs to decide whether he wants to keep getting a paycheck.

Editor’s Note: Shia LeBeouf is like Sean Penn but without the balls or the talent