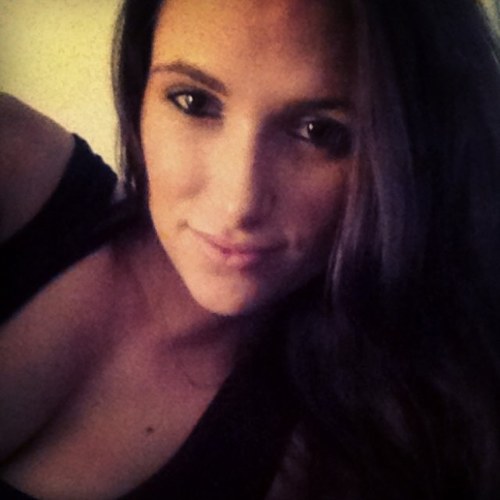 Robert Pattinson clearly has a type: skinny brunette. He dated Kristen Stewart for three years, and then started hooking up with Riley Keough, who looks remarkably like Kristen. And now, he’s dating a personal trailer who’s been identified as Sydney Liebes, and she’s also a skinny brunette with a passing resemblance to Kristen. Poor Rob. He’s clearly still not over Kristen, even though he’s trying his best.

Anyway, a source tells Radar that while Sydney may resemble Kristen, their personalities are worlds apart. A source explains, “Sydney kind of looks like Kristen, but she’s not at all like her. She’s down to earth, really energetic, uplifting, whereas Kristen is so somber and tomboyish. Sydney’s a great match for Rob!”

Sydney is the girl that Rob has been spotted with during training for the last couple of days, and she’s reportedly the same girl that’s been canoodling and making out with Rob at parties. A source explains that Rob and Sydney first met when she started training him for Mission: Blacklist, which is slated to begin production soon. A source adds, “This is kind of her first big A-list client. She’s trained clients at Equinox Beverly Hills but nothing of Rob’s status. So she started training him and they were connecting really well. Rob invited her out.”

While her friends definitely sound like famewhores for speaking to the media, they assure tabloids that Sydney is nothing like that. They explain, “I don’t think she’s seeking celebrity status. We’re into the whole Hollywood Scene, so she easily could have done that a long time ago. She’s a good girl.”

But despite not being into the ‘Hollywood Scene’, she sure knows how to play. When a rep reached out to her to question her about the rumors, instead of denying them, she just said, “I don’t have a comment, thank you.” How difficult would it have been to just deny the rumors, and say she and Rob are just training together? But of course, the speculation would end and we can’t have that, can we? Looks like her friends may be wrong about her.