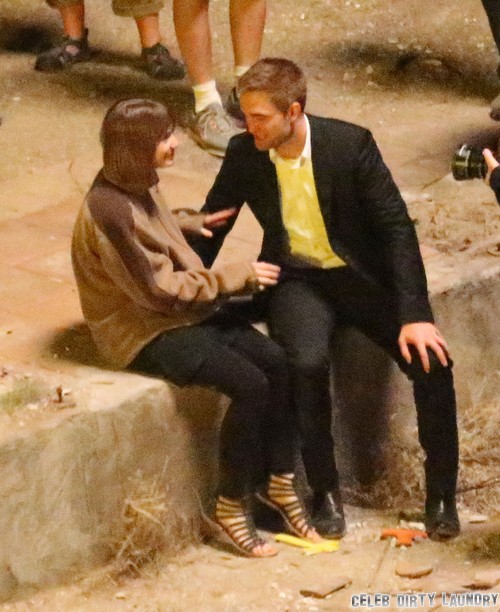 Kristen Stewart may still be pining for Robert Pattinson, but he’s officially moved on. According to several new reports, Rob was spotted with his new girlfriend, a mystery brunette, at a birthday party in Los Angeles.

Several eyewitnesses who saw Rob with his new girlfriend at Shoshana Bush’s party said, “Rob and the brunette turned up around midnight. They were cute together. At one point, he was talking to someone and she wandered over and grabbed his hand and pulled him to over to near the pool. Their hands were all over each other!” The source also added, “She’s really sweet and girl next door vibe. Rob is actually really nice and humble. They’re a perfect match!”

Was that last part a dig against Kristen? ‘Rob is actually really  nice and humble’, because his relationship with grumpy and snarky Kristen might have said otherwise? We all know Rob is sweet and humble from his interviews, and that’s why it’s always surprising to me that he was with Kristen for so long. Obviously, she might be different in the public eye than she is away from the spotlight, but it comes to a point where bad behavior is just bad behavior, right?

Anyway, nobody’s identified this ‘mystery brunette’ as of yet, but if Rob steps out with her again, I’m sure we’ll get a positive I.D. For now, we can speculate. If it was Riley Keough, who he was linked to for the last few months, someone would have recognized her, even if she had brown hair. Also, Rob might not even officially have a new ‘girlfriend’, and this mystery brunette might just be a fling. It might even be the same person he was spotted kissing while shooting Maps to the Stars in Canada.