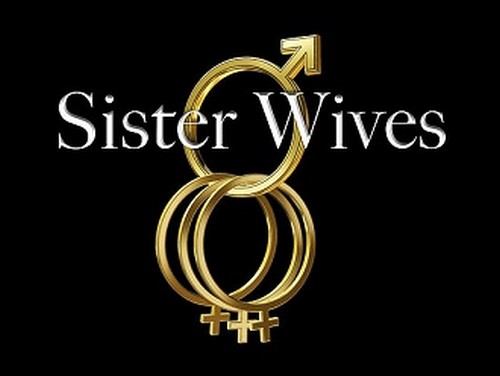 Tonight on TLC the Brown Family returns with a new episode of SISTER WIVES called, “Polygamist Marriage Therapy.” On tonight’s show the Browns finally make a discovery on the root cause of their internal conflicts. Did you watch last week’s episode? We did and we recapped it here for you.

On last week’s episode tensions ran high when the Browns had to stand their ground at a debate with outspoken anti-polygamists with Christine’s estranged aunt as one of them. Later, Meri and Kody received some financial news that could affect Mariah’s college plans.

On tonight’s show Kody and his four wives travel to a couples retreat to tackle their relationship issues head on. After a meditation session that barely eases the emotional stress, Browns finally make a discovery on the root cause of their internal conflicts.

We will be covering Sister Wives Season 4 Episode 10 tonight at 8 PM EST so don’t forget to come back to this site for our full and detailed recap.  Make sure to refresh often to get the most recent details.  While you wait for the recap, let us know how excited you are about episode 10 of of Sister Wives.

We are also covering the reunion show of Sister Wives tonight, if you missed it you can catch a full and detailed recap. [CLICK HERE]

The Brown Family is going to therapy. Usually polygamist families don’t do counseling; they always fear being judged. The main group that tends to come from is from women. So having an educated female therapist who odd are, at least according to Kody, is a feminist then she may not be as objective as they would like. However their first meeting isn’t as bad as they thought. They got off lucky by only filling out questionnaire on their personalities.

No their main problem is from once again the whiny Mariah. Kody can’t find enough money to send her to her dream school. She got financing but not enough. Meri and Kody try to tell her this but she refuse to believe she won’t be able to go. She thinks she can get a second job and while admirable that money won’t even make a dent in her tuition.

Meri and is telling Kody how they’ve been trying to find more scholarships. At first Meri was willing to be realistic along with Kody that is until she saw how upset Mariah was getting. Too busy trying to be good cop all she served to do was upset Kody.

Kody apparently think despite all of this onslaught of drama now is the best time to give his wife presents. He should have waited until after they all did the marriage retreat. Though the wives do love their gifts. Everyone is amazed about the attention to detail but there is one person unhappy. Christine doesn’t love her necklace. Then she tells Kody she’s sorry for not loving her necklace. It’s alright in the end. Kody says he’ll do better.

Back to the retreat. The new therapist suggested a retreat. The Family has done therapy before and with a woman but adjusting to someone new has left them on edge. That’s why their old therapist is going to be there for the first meeting.

The trip starts off well. There were minor issues with the ants crawling everywhere and yet that didn’t ruin their meditation session. The first moment of friction happened during the actual therapy session. The therapist, Nancy, was deciphering things about them from their questionnaire. She had begun with Meri. She was on point to saying Meri is emotional and very outspoken and then she was going into what the others could do to understand her and Kody had made the remark that couldn’t do what she asked all the time.

Once he said that Nancy told him she felt he was being dismissive. Kody and Robyn felt she was getting aggressive. The others not so much. They know she’s there to help but they have to allow her to do her job.

Nancy eventually does a one on one with everyone. She gets them to talk about their lives and their fear when she notices something. The wives are more intent on founding a relationship with Kpody than they are with each other. She brings this up to Kody and he reveals that’s it’s one of his fears too. Only Robyn feels that she wants to build a relationship with all the wives and it’s not because she’s the newest one. Janelle feels happy being separate for the majority away from everyone.

She is friends with Christine and she focouse on her marriage to Kody but she and Meri are still trying to navigate a way to co-exist instead of a relationship. She’s only just now learning to “live” with Meri’s personality. Then there is Meri. She doesn’t want to be outspoken. She’s fearful what her mouth will do to their relationship.

Nancy has them do an exercise. She has them stand where they are in the family dynamic. Only Janelle stands away from the family. That has the women talk about what they want for the future. They do want to be a closer family in the future. However Kody points out he can’t be the only denominator in the wives’ relationship with each other. If he were to die then the only way they could still be family is if they all work with each other. Christine doesn’t want to hear that possibility but it’s the truth.

In another exercise Nancy makes them each write out on blocks what their family is and how it works. They end up building something beautiful. They know their family needs work but they’re willing to do it.