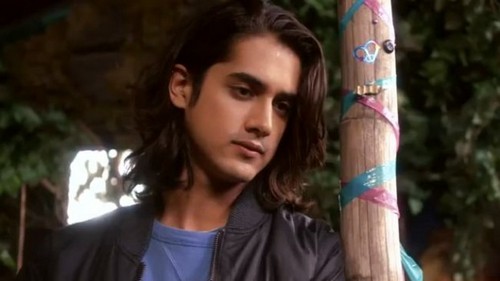 A quick look inside Twisted Episode 6 “Three For The Road”!

Where we last left them Danny kissed Lacey. Mind you she started but he did kiss her back. It would be nice if he were to have a romantic interest however out of his options he chose wrong. Lacey cares too much about how she’s seen to ever publicly acknowledge she’s in anyway interested in a murderer. Meanwhile Jo  who remains oblivious to the sexual tension between Danny and Lacey would have made the better choice overall for Danny.

Jo doesn’t care what anyone thinks about her. Not even her dad when she decided to go with Danny to the dance last week. There are only two people who do literally anything for Danny. Jo and his mom. Jo proved herself last week with the dance and his mom got rid of damming evidence in order to protect. She had Regina’s locket in her hand and although she’ll be nervous around her son, she always protect him. That’s why she threw the locket into the lake.

Too bad Rico saw her…

In this week episode synopsis all we get is : Danny, Jo and Lacey go on a road trip in order to uncover new clues to Regina’s murder.

In a way its good the former friends are banding together. Even though its still pretty unclear whether Danny killed Regina or not. Just one little problem with this road trip. Jo is starting realize her true feelings over Danny and she won’t want Lacey coming in on her territory. And for Lacey to suddenly changer mind and start helping them, Jo is going to be extra suspicious.

But they have bigger problems waiting for them. With some many people scrambling to protect Danny, Rico can’t help becoming jealous. Here is the devoted friend that very rarely ever gets the girl. He’s going to see both Jo and Lacey going on a road trip with DANNY! Just when he’s getting suspicious, this could potentially be too much to handle.

Will Rico tell the police chief everything? Possibly, remember the chief is Jo’s dad so why wouldn’t Rico want look good in front of him. It also accomplishes separating Danny and Jo. What wouldn’t he do to have finally get a chance with his dream girl?