BY Kristine Francis on May 28, 2013 | Comments: 7 comments
Related : Reality TV, Recap, So You Think You Can Dance, Television 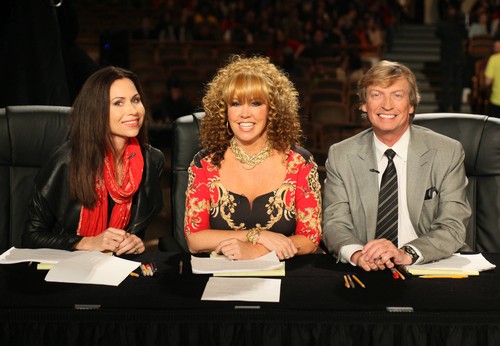 Tonight on FOX SO YOU THINK YOU CAN DANCE continues with a new episode. On tonight’s show The quest for America’s Favorite Dancer continues with auditions in Boston, MA!  Did you watch last week’s show? We did and we recapped it HERE, for you!

On last week’s show it promised to hold more excitement, as actress Minnie Driver joined the judges for auditions.  We’re were looking forward to more dancing, as we returned home to L.A. before hitting the road for Texas as the search continued for America’s Favorite Dancer.   This season already looks like it’s going to be pretty hot.

My favorite contestant of last week was Anthony J Freeze who is only four years old.  He got his first shot in front of the camera because he is ridiculously good. He has learned to dance by watching videos of SYTYCD alumni Cyrus and has a huge future in dance if he wants it.   Did you love Anthony’s performance too?

On tonight’s show The quest continues for America’s Favorite Dancer as SO YOU THINK YOU CAN DANCE heads to Boston! See what happens when the best dancers – skilled in everything from Ballroom and Ballet to Salsa, Jive, Hip Hop and Krumping – all compete for a ticket to Las Vegas. See who struts into the judges’ hearts and who trips up.

So You Think You Can Dance Season 10 Episode 4 airs tonight at 9PM and you don’t want to miss the Dancers trying to impress the judges with their moves and rigorous routines in order to survive the auditions and be invited to Hollywood.  Celeb Dirty Laundry will be live blogging the show each week, so don’t forget to come back to this spot at 8PM EST for our live recap!

This week’s audition stop is in Boston on the coldest day of the year. Nigel Lythgoe and Mary Murphy are joined by guest judge Adam Shankman, who always is a blast to watch.

Ashley Goldman and Phillip Krudyasev kicked off the Boston auditions with a ChaCha that was just amazeballs. They have danced together only a year but you’d never know it they seem like old pros. Natalie Vilos has the prop of the year, as she decides to dance AS a lampshade. She’s adorable and doesn’t quite make the cut but guest judge Adam Shankman has to take a twirl with the lampshade himself.

John Tesorio is a complete original. He brought his amazing beat boxer friend to provide the music for his performance art. He was super entertaining and obviously born to do it. The judges loved him and push him on to choreography to see if he can handle the show’s pressure.

Kaitlun Rodriguez’s normal dance partner bailed on her so with only 3 hours of practice her little brother stepped in to help her and he was awesome. Kaitlyn landed on Mary Murphy’s hot tamale train. She says she has done other styles of dance and one can only hope that she flies through choreography!

Jennifer Jones has one of those packaged stories. She focused on ballet until her eating disorder completely wrecked her. She got herself healthy and went on to focus on jazz and contemporary. She danced amazing and got a ticket straight to Vegas.

Tommy Tibball has tried out for the show before and never quite made it. This time out he was brilliant and he had articulation right down to his toes. Adam was near tears watching him and this time Tommy is going to Vegas.

Jennie Begley is a ballet dancer that cranked out a tribal routine that was really creative. It was a jam-packed audition and everything looked effortless. Of course she’s going to Vegas.

Jason Kidd is one of the best animators ever to take a SYTYCD audition stage and he went right to Vegas. Shannon Tarantino seems part ballerina part contortionist and maybe the best part of her audition was that she was flawless and beautiful. A genuine smile never left her face.

E Knock Phillips tried out years ago and since then he lost his brother and was saved by dance. He kept it real onstage and shared his story and pain with the audience. Alexis Juliano’s goal is to show that tap dancing can be mesmerizing. She’s cute and did a routine that reminded people that silence in dance is just as important as noise and rhythm. She’s going to Vegas.

Anthony Bryant has been on the SYTYCD audition stage before and he’s always a wildcard. Nigel refers to him as ribbon boy due to one of his routines. He did really well but when they sent him to choreography he declined to go! It was Vegas or nothing so he took nothing!

Anthony Savoy already dances with a company and it’s easy to see why. He is graceful in the air, has fabulous lines and emotes with the best of them. He’s headed for Vegas.

Kate Kapshandy is by far the best ballroom girl of this season. She’s a two-time U.S. Champion in Latin Ballroom and it shows. As Adam says, she’s “sex on a stick” and her leg action was spectacular. She looks like a pro from DWTS’ and moved onto Vegas.

Toshi is pop & lock-er that is portraying an insane video game character. He combined every style, creativity and humor and was probably the performance of the night. He went straight through to Vegas.

Tune in next week when the SYTYCD audition tour hits Memphis!