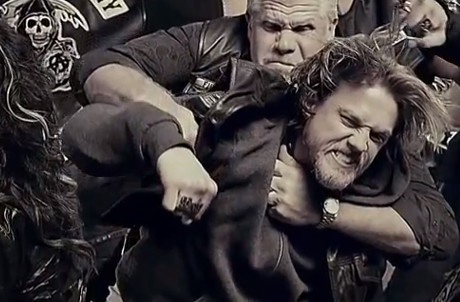 Sons of Anarchy season 6, which stars Charlie Hunnam (recently chosen for Fifty Shades of Grey role), will return September 10th, and we’re shaking in anticipation. This season will be more intense than ever (but would we expect anything less) and showrunners, as well as cast members, have promised that the season won’t get off to a false start — but will go sprinting right out of the gate, leaving viewers little time to catch their breath.

Actor LaMonica Garrett was quoted with saying, “The way it ended with Tara and Clay going to jail, there’s so much that could happen. There’s so much unknown going into next season. Another thing with Sons is, you know, most shows start out slow. A season is long, a marathon. You start out pacing yourself, start out slow, speed up and run to the finish line for the last episode. Sons always starts out in a sprint!”

Are you ready to make a full on sprint, or do you appreciate it when shows give their viewers a chance to get settled back into the world they’re creating? Watch the season 6 trailer below and let us know how you feel about SOA season 6.

Do you think Charlie Hunnam’s character, the tough-guy Jax Teller, would ever indulge in the scandalous paragraphs of Fifty Shades of Grey? Please give us your thoughts in the comments below. How do you think hardcore SOA fans will react to Charlie’s side job?