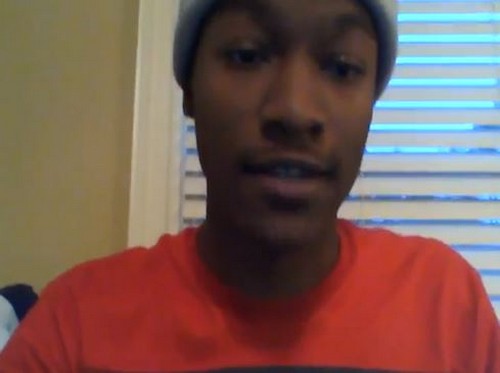 Here’s a shocking story, an uber popular basketball star has been slapped with a paternity suit!  Okay I’m kidding, it’s pretty run of the mill and typical. Star player screws around on his wife and knocks up random chick. Random chick pops up years later looking for a payday. Uh-huh. This time Michael Jordan is the one on the hook. Pamela Smith claims that back in 1995  she had sex with Jordan and ended up pregnant.  Pamela gave birth to Grant Pierce Jay Jordan Reynolds — aka Taj Jordon — in June 1996. Did I mention that Jordan was married to Jaunita Vanoy at the time? Didn’t think so.

Anyway, the suit was filed on February 6th in Fulton County, GA  and Pamela is welcoming the opportunity to have a paternity test done once and for all.  According to TMZ she also is requesting that after the test is completed and paternity is determined she would like Taj to take on Jordan’s last name as well. Pamela is also looking for child support and help with her son’s medical expenses.

I wonder about the timing of this suit. Why now, after 16 years is Pamela popping up looking for help from Jordan if he is the father?  She obviously kept her mouth shut while he was married so what in her life circumstances have changed to make her come after him after 16 years of raising Taj herself?  Did Michael stop paying hush money?  Does Taj need money for college?

Do you think that Jordan is actually the father? Perhaps she has nudged him to do the right thing all of these years and finally got tired of carrying the weight alone. Otherwise I have to wonder if he’ll even remember her. 16 years is a long time and I’m pretty sure that Jordan has banged a ton of women between then and now, don’t you think?   Tell us your thoughts on this new paternity scandal involving the greatest basketball player of all time, Michael Jordon, in the comments below!  Of course it could always be another Mariah Yeater case, right?