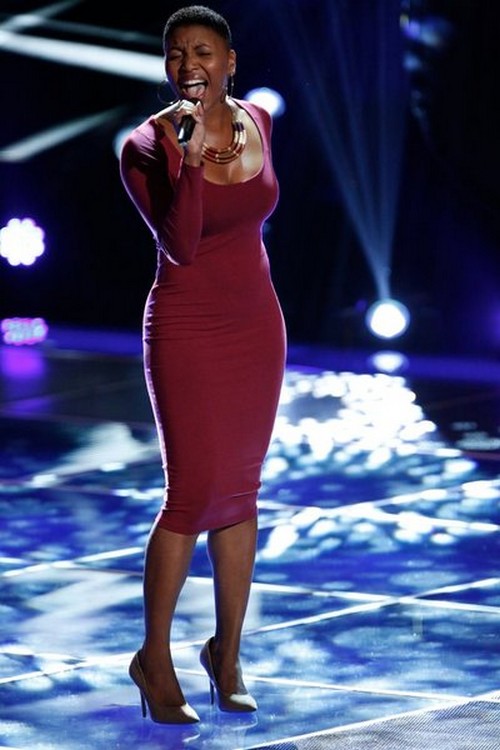 Tamara Chauniece took the stage tonight on THE VOICE for her Top 20 video performance.  Tamara sang “I will Survive” by Gloria Gaynor.  Tonight’s show the top 20 performed live in front of coaches Christina Aguilera, Adam Levine, CeeLo Green and Blake Shelton for America’s vote and a chance to move on to the top 12.  Did you miss tonight’s episode?  If you did, we watched it and we recapped it here for you.   If you missed any of the performances, you can see all the videos here!

Next up is Tamara Chauniece and she has strong routes in gospel music, she felt a very spiritual connection with CeeLo and is glad to work with him. She has realized that she can do more then just gospel music; her church is also supporting her very well and will be performing “I Will Survive”. Tamara is really happy about the song choice and is ready to amaze the coaches.

Judges Comments: Adam says that CeeLo is so great with the song choices, he believes it was her strongest performance. Blake says that it’s amazing how good everyone is; he believes she looks so beautiful and she nailed that song perfectly. CeeLo says he loves having her do such a classic song, he is so proud of how she did the song such great justice.