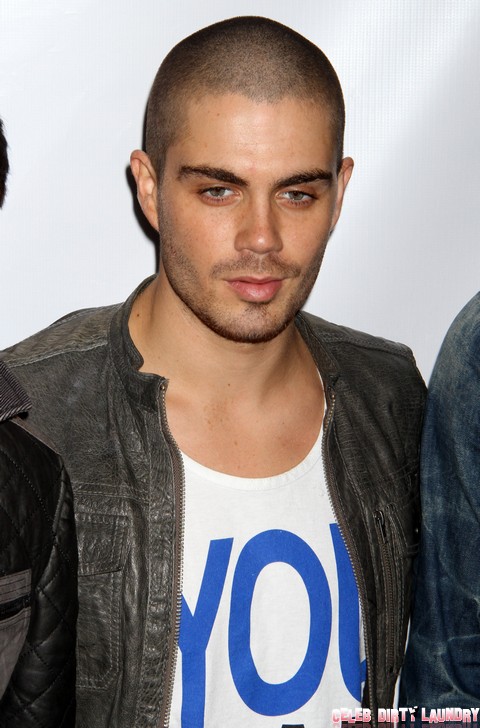 Taylor Swift never stays single for long—it’s been two weeks since she and Harry Styles called it quits, and I’m honestly surprised she hasn’t found a new boy toy! But her single days may be coming to a close, because Max George of The Wanted has admitted that he wants to date the country princess!

“She’s a very attractive girl,” Max admitted, as reported by Life & Style, print edition January 28, 2013. “I’m just a bit short,” he mused, citing Taylor’s tall figure and love of heels. Taylor had best watch out though—Max is unofficially attached to the deeply troubled Lindsay Lohan, who clung on as groupie and tried to tweet-flirt by stealing his hoodie and sharing pictures of it!

It seems unlikely that the two will ever be more than just passersby, as Max is 24, and Taylor never dates guys her own age! In fact, it seems to be a hard limit for her—teens only, please! Besides, Max has reportedly just introduced Lohan to his parents, which seems to be a pretty serious move for them both!

But his relationship status (let’s say it’s complicated) hasn’t made him take back his words—in fact, we imagine he’s probably feeling closer to Taylor than ever, now that her bestie’s (Selena Gomez) ex boyfriend (Justin Bieber) is buddying up to British sensations The Wanted and One Direction. If that isn’t a one way ticket to Taylor’s heart, I don’t know what is.

Of course, Max has an edgy, bad boy reputation that Taylor might be hesitant to get involved with. Unless she’s looking to pen a sequel song to ‘I Knew You Were Trouble,’ she should probably keep to dating defenseless, barely legal youths! Do you think Max and Taylor (Maylor? Tax?) would make a good couple? Should Max keep it going with Lindsay?