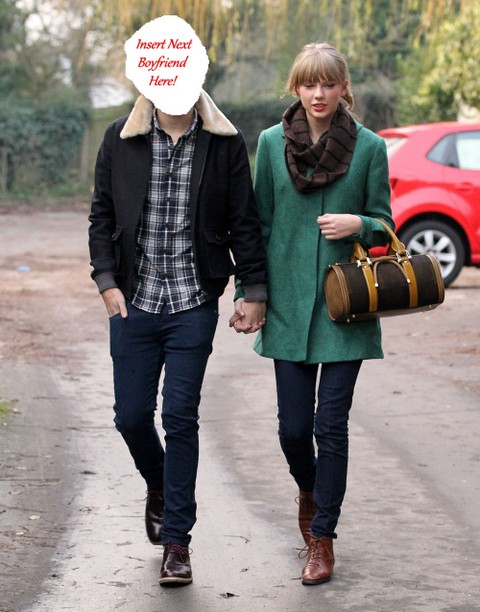 Taylor Swift can’t hold down a man. It seems like every failed relationship has at least a break up song, in which she normally blames the guy. John Mayer played games, Joe Jonas told lies, Jake Gyllenhaal was too clingey—according to her songs!—but the one thing her relationships have in common? The split is never her fault! And her split from Harry Styles isn’t any different. Why did the A-list singers call it quits while on holiday in the British Virgin Isles? Taylor found Harry picking up other girls! Despite lingering kisses at midnight on New Year’s Eve, the couple went their separate ways a week later during their not-so-romantic Caribbean vacation.

An insider reported to Star Magazine, print edition January 21, 2013, “When Taylor found a girl’s number in his pocket, she flipped out. Harry might be young, but he’s a real ladies man!” Of course, youth doesn’t account for selfishness and a wandering eye! But Harry’s eagerness to talk to other girls was the one thing Taylor couldn’t withstand. Sure, he’s notoriously flirty with fans, wears his sex life on his sleeve, and is five years her junior, but Taylor deluded herself into believing it could be true love! What will Harry’s break up song sound like? Is he represented in any songs on her latest album Red?

We’ve reported that Harry’s PR team had been working on a Taylor relationship since early 2012, hoping that the romance would boost One Direction fame even more. That’s certainly worked, and given Harry the chance to network with American stars! He and new pal Justin Bieber met through their girlfriends, and are planning a boys trip to Vegas later this spring. Harry doesn’t seem worse for wear at all—he’s traveling, partying, dating. Meanwhile, Taylor is visiting friends and smuggling wine bottles under her cardigan so paparazzi don’t think she’s a party girl!