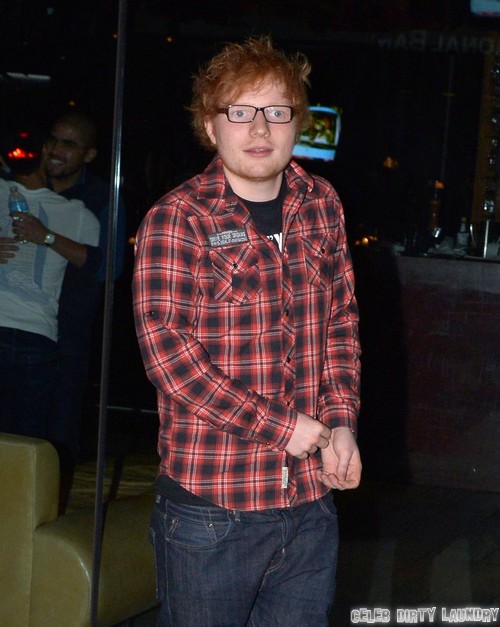 Selena Gomez is finally over Justin Bieber. Or is she? According to reports, Selena is becoming ‘friendly’ with Ed Sheeran after being introduced to him by Taylor Swift. Taylor, as we know, is very good ‘friends’ with Ed Sheeran, even after many, many, many rumors that there was something more between the two.

But despite the rumors, Taylor has always denied the existence of anything more between her and Ed, and according to sources, she was the one who set up Selena and Ed. Of course, we all know Taylor’s feelings about Justin Bieber, right? It’s always been pretty obvious that she detests him and being BFFs with Selena, of course she would want her friend to date someone she deemed more ‘worthy’.

You have to admit, Taylor’s actually very good to those she considers her actual friends, which includes Selena Gomez, Emma Stone, etc. In this scenario, she and Ed were probably friends [with benefits?], and Ed had a crush on Selena. Taylor, knowing that Selena could do way, way better than the Biebz, forced her to date Ed – a.k.a. convinced her that Ed was way better for her than Justin ever was.

In the end, it’s a win-win situation for everyone. Taylor doesn’t have to feel bad about denying Ed’s advances anymore, Ed gets to date Selena, and Selena can finally move on from Justin. The only person who loses in this situation is Justin Bieber, but nobody really cares about that anymore, do they? Let us know what you think about this new development, and how long do you think Selena and Ed will last? And what do you think Justin’s reaction will be to seeing his ex-girlfriend dating another famous musician? Let us know in the comments.