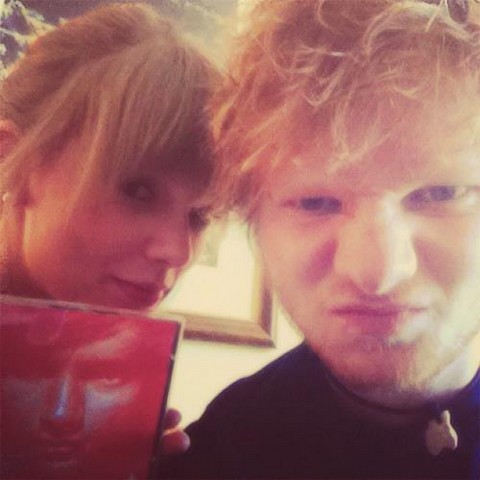 Who had money on seven weeks? That’s how long it took for Taylor Swift to move on from ex Harry Styles and publicly hook up with British songwriter Ed Sheeran. I love Ed, and always hoped he had better taste, but the two are best pals, and aren’t at all shy about it. We knew something was up when they started exchanging flirty tweets and when she chose him to open on her RED tour, the case was closed. Something PG-13 was going on. The two made a public display of their affections by not-so-secretly hooking up in Taylor’s London hotel before the BRIT awards, and insiders confirm that the two are officially an item.

“Taylor has always loved Ed to bits,” a source told The Sun. “He’s just an adorably sweet guy who makes her laugh and feel really confident.” It might be love—Ed is so not her type! Besides being younger and British, he’s rather short and knows how to work a hoodie, which is a big change from her normal beaus, who all dress like they’re about to shoot a campaign for Burberry. But “Taylor realized she would rather give it a go with a guy who can make her happy on a different level,” and sent Ed off to get the BFF stamp of approval.

Per Taylor’s request, Ed hooked her best friend Abigail Anderson up with tickets to his concert, and she raved about his performance on Twitter. Abigal was the first insider who leaked confirmation of Taylor’s relationship with Harry by liking photos of them together on Instagram, and she seems to be the final hurdle before couple status.

This is all part of Taylor’s new, grown up, unpredictable image. Taylor confessed in an interview: “I like people with red hair. I would do a ginger.” The couple are weeks away from the start of her tour, which will mean plenty of private time and months of forced interaction. Do you think love is in the air, or will obsessive Taylor shoot herself in the foot again? 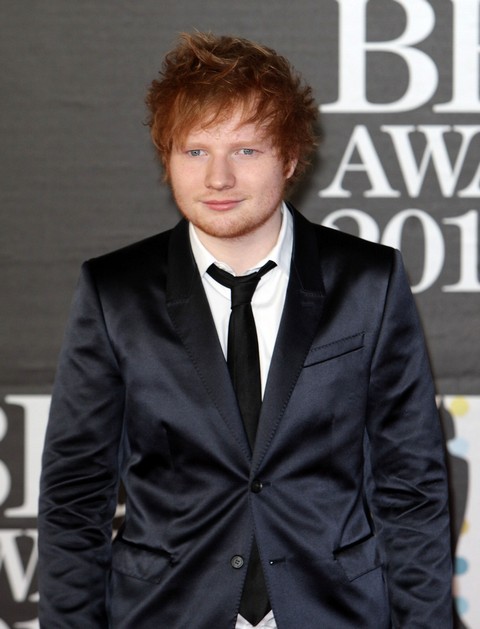