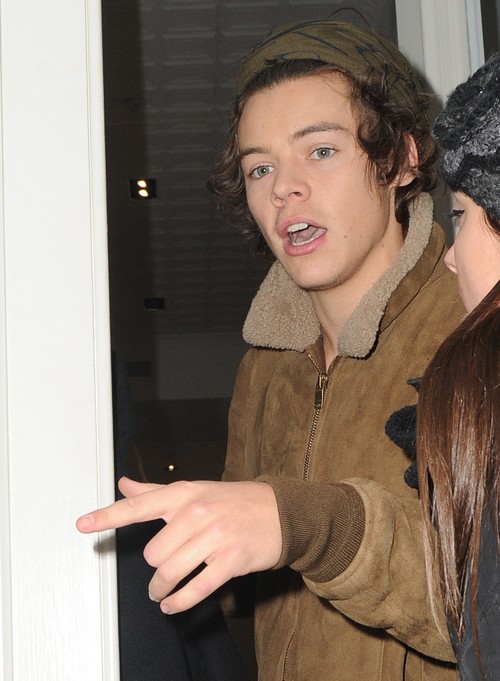 It looks like if Taylor Swift has her way then Harry Styles words may just come back to bite him in a really big way. We already told you that the One Directioner was spotted out a few weeks ago with Kendall Jenner. The two grabbed dinner in West Hollywood and have been rumored to be pretty inseparable ever since. Taylor is one person that can’t stand the thought of this pairing, especially since she and Harry have been texting lately.

According to the Dec. 16th print edition of In Touch Magazine Taylor is telling anyone who will listen that back when she was with Harry he used to make fun of the Kardashians. He had no real respect for them because they were famous for doing nothing. Obviously Kendall’s modeling career means that she’s doing a little something, but that’s the kind of comment that might sting a bit. Obviously, Taylor is banking on that.

Do you think that Harry really did bash Kendall’s family or is this just another example of Taylor’s sour grapes? I mean if nothing else we know that she just doesn’t know how to let go of the men that she has dated. Not really because there is always a hint of animosity there after the fact. She and Harry split nearly a year ago, yet Taylor is acting like her heart is newly broken. As for Harry and Kendall, do you think that they’ll be together for awhile? Very few relationships in young Hollywood really last, will theirs? Tell us your thoughts in the comments below!