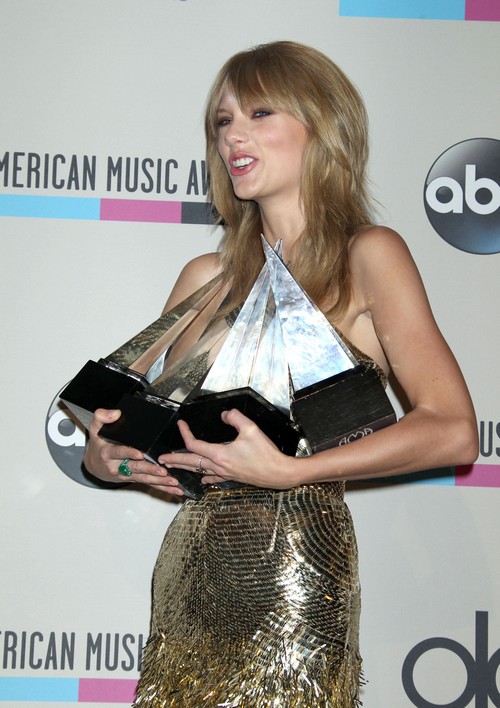 Taylor Swift and Harry Styles have been broken-up for almost a year now, but it seems the country star hasn’t quite gotten over the One Direction singer – and adding to her lingering broken heart is the fact that now Harry has been seen stepping out with Kendall Jenner. In fact it is being said that Taylor is livid over the thought of Harry hooking up with Kendall who although stunning doesn’t have the talent or star power of Taylor. Perhaps it is a painful reminder of the other brunette that was chosen over her – Camilla Belle – who she famously dissed in the song Better Than Revenge.

From where I am standing Taylor and Harry never seemed that serious but it was serious enough that she continues to harbor ill feelings towards him. After the breakup she first went out of her way to avoid him by skipping out on the 2013 Teens Choice Awards. Then at the 2013 VMA’s she was caught mouthing, “Shut the f**k up,” to Selena Gomez about Harry when he was onstage with One Direction to present the award for Best Pop Video (which ended up going to Selena). That same night when Taylor was giving her acceptance speech for Best Female Video for the song, I Knew You Were Trouble, she said, “I want to thank the fans because I tweeted about this a lot, I really wanted this. I also want to thank the person who inspired this song because he knows exactly who he is, because now I’ve got one of these,” which was presumably directed at Harry.

Flash forward a couple of months: Harry is said to be dating the eldest Jenner which has reopened some wounds for Taylor despite the fact that she is rumored to be romancing Douglas Booth. At the American Music Awards Taylor did the mature thing and by mature I mean immature when she noticeably went out of her way to ignore Harry and his bandmates; you know it is bad when you can’t even bring yourself to be cordial with so many eyes watching. A person who was in attendance at the AMA’s told Hollywood Life, “Taylor and Harry walked by each other at least three times during the show and didn’t say anything to each other. Harry looked at her as if to say hello, but Taylor just walked by.” Adding to Taylor’s misery was the fact that Kendall was at the AMA’s and although she played coy when asked about Harry, she did little to hide her attraction to him whenever he was around her.

One thing about Taylor although she may be perpetually unlucky in love, she cannot lose when it comes to writing hits. Taylor’s sword is a pen and there is no doubt she is already hard at work writing songs about this situation. Harry and Kendall … consider yourselves forewarned.