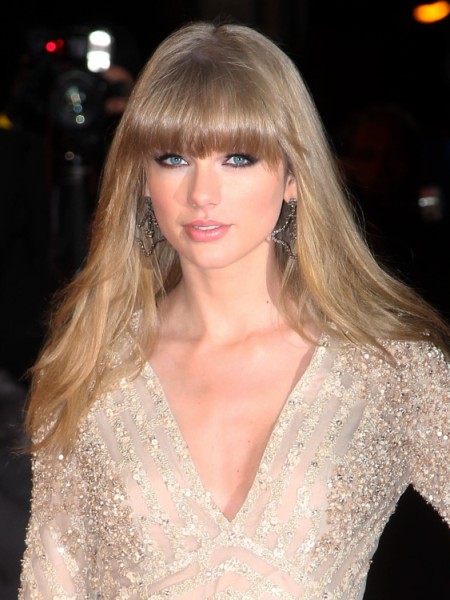 The best revenge is always looking amazing, right? If Taylor Swift had just shown up at the NRJ Music Awards in France and done that I would have been sufficiently impressed. I actually think I might be turning a new leaf in the Taylor Swift/Harry Styles saga. Taylor managed to go to Europe and even the same award show as Harry and not make an ass out of herself. Not only did she show up looking like a movie star, thus continuing her red carpet takeover, but she also managed to throw a screw you out to her ex-boyfriend from the stage. That’s multi-tasking revenge and a job well done!

The table was set for a reconciliation for sure. Harry managed to evade Taylor’s feminine wiles when she touched down in London but I was certain she’d corner him in Cannes but as far as I know he kept his distance there as well. The Mirror reports Harry stayed close to his One Direction band mates all night and appeared to be having a good time despite Taylor’s close proximity. Oh, but that didn’t stop Taylor Swift. Revenge was on the brain and you can say what you want about her relationship skills but the girl is good in front of the camera. When she got up to perform for the show she did it in a racy black dress and ball crushing knee high boots. I figured she’d performed Trouble since that’s her hot song right now but she sang a spirited rendition of – you guessed it – We Are Never Getting Back Together instead. And she didn’t disappoint.

Did the camera pan to Harry every time she broke out into the chorus? Of course not but the Mirror does say Harry was all shifty in his seat and his band mates had smirks on their faces while they were probably thinking Harry was a douche for getting involved with the emotional train wreck. Well, c’est la vie. You got through it Harry. You can rest easy now… or not quite? The Grammys are in a couple weeks and Taylor’s supposed to perform there as well. Will she take her revenge on the road?

What do you make of the song choice at the NRJ Music Awards? Taylor Swift’s songs all tend to be about breaking up or shitty boyfriends so was this song a statement against Harry or just a coincidence?