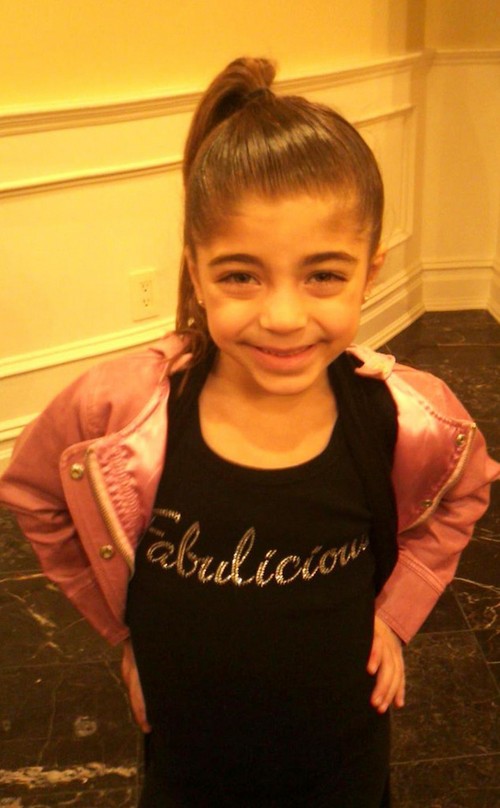 When Bravo does a spin off show they think big. They go for the big personalities that they feel will bring in big ratings. I think Bravo needs to think small for a Real Housewives of New Jersey spinoff, as in little Milania Giudice.

Milania is the third child of Teresa and Juicy Joe Giudice. This munchkin and Teresa doppelganger gives her over the top mom a run for her money! Milania is equal parts mischievous and sweet. Teresa says she calls Milania’s name a million times a day, but also no one gives her more hugs and kisses every day. Milania has no filter and she is hilarious!! I will never forget this firey Italian princess calling her dad a poopy head, and calling him an old troll when he did not promptly present her with pizza.

Milania is a mover and a shaker. She is so popular with viewers they asked Teresa to name her haircare line after the precious little girl. When the little fashionista rocked a side pony tail the network capitalized on its popularity. They had “I Love My Side Pony” t-shirts made available for sale on the Bravo website. Milania is also influential in her family. Last season Teresa corrected her for sliding down the banister in her mom’s bra. Milania’s cousin and best friend Antonia Gorga was watching. Teresa told her daughter not to do it again because it will make her cousin want to do it, too. If Antonia went home and said she was sliding down the banister like Milania her mother would hit the roof. Melissa Gorga has been accused of copying Teresa, so God forbid Antonia copy Milania.

Andy Cohen adores Milania. She was a special guest with Teresa on Watch What Happens Live. Milania appeared on the show to give Andy Cohen a birthday present she picked out just for him. Andy’s eyes got wide and his jaw hit the floor when she presented him with his own unicorn! He could not concentrate on doing the show because he was constantly playing with his gift and thanking Milania.

Milania’s parents said she and her sisters will not live with Teresa’s brother and sister in law if they go to jail. No matter because there are several takers for the girls and especially Milania! Perez Hilton said he wants her. However, he is too late! I called dibs on Milania the day her parents were indicted.