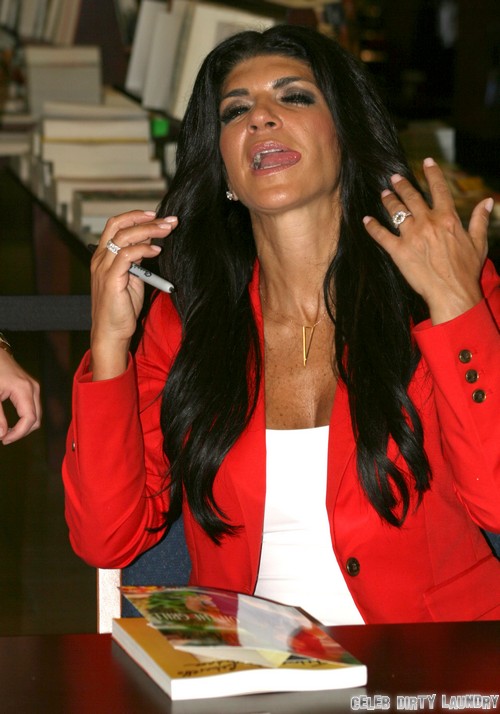 The drama between Teresa Giudice and her brother Joe Gorga is far from over. On the June 23 episode of Real Housewives of New Jersey, the siblings engage in an explosive fight in which they attacked each other’s spouses. Teresa has been hurt by Joe before, but this time his attack was so personal (and took place in public at their gym) she decided she needed to reach out for professional help.

Teresa wrote in her Bravo blog “One of my best friends’ dads is a psychiatrist, and she told me that everything Joey did was a defense mechanism to protect himself from his own feelings. He denies anything is wrong in his own life, displaces his anger at himself or his wife to me since he knows I won’t fight back, and projects things he is actually guilty of onto other people, like my husband. It does make sense to me, but it doesn’t hurt any less.”

The fact that Teresa is trying again to get professional help is a huge deal. Last season we learned that old school Italians don’t go to therapy. Poison Joe discussed his hesitation to go to counseling with Teresa for this reason. He should be glad that despite her feelings of hate right now Teresa loves him enough to do what ever possible to stop the fighting.

Teresa says in her blog she doesn’t understand why her brother would attack her that way. Joe said in his talking head he wanted to give Teresa a taste of her own medicine. Poison claims Teresa bad mouths his wife, Melissa Gorga, and things get repeated.

In the previous episode Joe said he wasn’t ready to see Teresa and did not attend his Goddaughter’s birthday party. He also said he wanted to hurt his sister because of all the hurt she caused him. My guess is running into Teresa made him snap. This does not give Poison the right to hit below the belt. Joe decided the best way to hurt Teresa is to attack her husband Joe Giudice. Poison accuses Juicy Joe of being a cheater, treating her and their daughters badly and being bankrupt. Joe accuses Teresa of bad behavior and instead of g the bigger person he feels he has to get even.

Right now all Teresa has is meddling Caroline Manzo talking nonsense to her. The red haired dragon is again saying she is not a butinsky. Radar Online reported on June 25 Caroline is again denying it was her idea to talk to Teresa on Joe’s behalf. This is not true. In the premier episode of the season Caroline calls Joe to ask for a meeting. She tells Poison she is willing to go to Teresa on his behalf. If Joe agreed it still does not mean he sent her. I think Caroline is too close to the situation to be of help. A professional will be an unbiased party who will really listen to what Teresa has to say. He can give her insight into how she is feeling and how she can talk to her brother to turn the situation around.