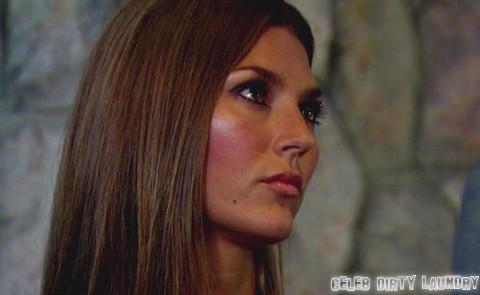 If you watched The Bachelor: Women Tell All special last Monday, you saw 2nd runner up AshLee Frazier call out Sean Lowe for lying about his feelings. “He said, ‘there’s absolutely nothing between me and those two,’” AshLee insists. But Sean adamantly denied it, asking why he would say something like that while in the fantasy suite—away from cameras. AshLee was sent home several days later, stony faced and heartbroken by his betrayal. But she got her revenge on national television, and has forced viewers to wonder: is Sean the golden boy he claims to be? His autobiography would read: virgin, close to family, seeking wife, wants kids, but could it all be an act to draw in viewers?

Sean swears that “it didn’t happen,” but AshLee won’t budge. “I would not have said that if it wasn’t true,” she insists. So where’s the truth? 3rd runner up Desiree Harstock was shocked to realize that “what he was telling me and everyone eles was the same thing,” confirming what many of us have long suspected: the show exists for drama only, and forces dozens of fame hungry singletons into lion’s den with the promise of true, sincere love.

AshLee told Us Weekly, print edition March 18, 2013, that she doesn’t “regret anything about the show,” and we imagine she feels great to have had the last word and planted the seed of doubt! Insiders say that Sean and his bride (click here for spoilers) are planning a summer wedding that will be broadcast on ABC, but only time will tell! Many couples have dated for a few months after the finale aired, then enjoy the media coverage of their split and possible cheating scandals. Do  you think Sean is full of shit, or does he really think he’s found his true love on TV?