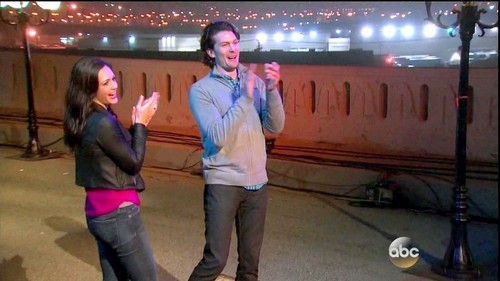 Desiree Hartsock and the remaining 11 merry bachelors head to Munich, Germany, in The Bachelorette Season 9 Episode 5. Surprising news interrupts a one-on-one date, a group outing involves sledding in the German Alps and a two-on-one date gets personal. It’s Des’s first time in Europe, and she’s determined to make it a journey to remember. She has a dramatic band of brothers (okay forget that incestuous thought!) along with her to ensure that no one will ever forget the trip. If you missed Episode 4 of The Bachelorette then check out our detailed recap here.

The 11 remaining bachelors are:

They will tour the city of Munich. Then get a private concert from pop artist, Matt White, at which Chris will ultimately get an early rose. Next, Des will hit up a group date with Brooks, Drew, Juan Pablo, Kasey, Zak, James, and Mikey. They’ll end up, sledding down the highest peak in Germany. Oh, and bitchy Bryden ends up, eliminating himself. Bryden Vukasin ditches Desiree because he’s “not feeling it,” but the truth, according to Reality Steve, is that he had a girlfriend named Becky Weidow waiting for him at home the entire time.

She had no idea this date was going to go so bad. One of the guys is caught saying that James said if he plays his hand correctly he could be the next guy for “The Bachelor.” That is obviously what he truly wants and is hoping for which proves what we all know – no one really looks for true love on these reality shows.

Do you think that is what he trying to do? The Bachelorette 2013 airs Monday June 24th at 8 p.m. EST on ABC and Celeb Dirty Laundry will have the live recap for you as usual.