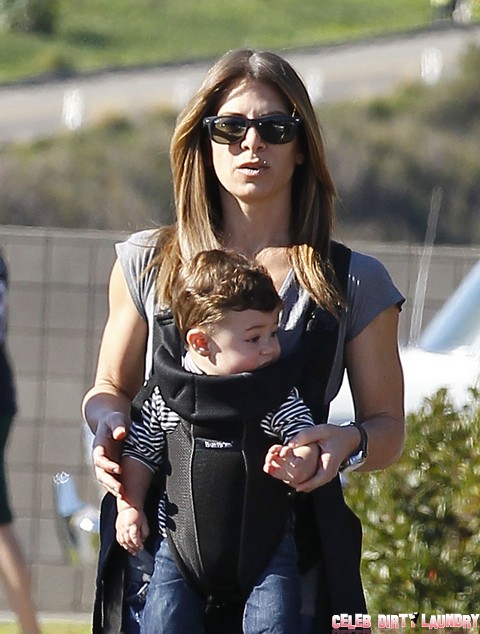 Jillian Michaels, trainer on The Biggest Loser has caught herself in the middle of a controversy for giving her white team caffeine supplements to enhance the team’s performance and beat out the rival blue and black teams being trained by Bob and Dolvette. This is a clear violation of the rules as Jillian did it without a doctor’s permission.

The Biggest Loser executives were clearly shocked as we fans were and called Jillian out on the scandal during the last episode that aired last week. During this “call out” by host Alison Sweeney, Jillian just stood there and took the back lash, but now, she has come out and said that she did nothing wrong:

“the issue is not whether caffeine can be used by contestants, it is whether the caffeine is provided by a trainer or by the producers. I felt it is much safer and healthier for the contestants, who are losing significant weight, to have regulated doses of caffeine, which is allowed on the show to provide an energy boost, rather than having unlimited caffeine.”

I don’t buy it for a minute, if this were the case, why wouldn’t Jillian then just get the doctor’s permission rather than cause her team to be penalized: she knew the consequences if she got caught. In my opinion, it looks like Jillian is over confident of herself and her position and ranking within The Biggest Loser and didn’t believe she would get caught and called out for it.

On the brighter side, it is nice to see that the show puts the contestants interests and well being the trainers. The only light at the end of this tunnel though is burning at Ruben Studdard’s house as he will be re-entering the game because the prior week’s elimination became null and void because of what Jillian did.

Here’s the skinny folks! losing 2 pounds a week is safe. Losing the crazy amounts on The Biggest Loser isn’t and Jillian wanting to increase the insane amounts those contestants already do lose is almost criminal. The only thing Jillian was trying to help by giving those caffeine supplements to those contestants was in my opinion, helping her bank account.

Editor’s Note: Jillian cheated and used performance enhancing drugs that are potentially harmful and dangerous to her clients – all to get them to have better results on a silly TV show and thereby promote her brand. Disgusting!