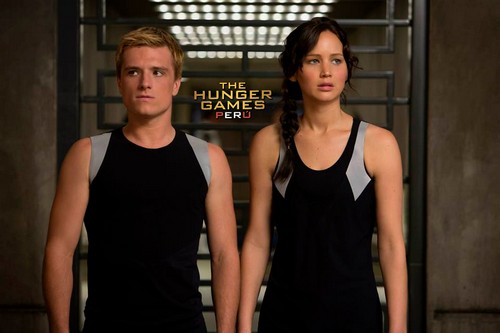 At the time of this review, The Hunger Games: Catching Fire is currently sitting at 100% on Rotten Tomatoes with seven reviews. Obviously, that’s not going to last, but the fact that the embargo was lifted so early and the early reactions have been so strong bodes well for the long-term box office performance of the film.

Having personally seen Catching Fire at an earlier screening, I can unequivocally say that fans of the novels will LOVE this movie. It’s a much more faithful adaptation of the source novel than Hunger Games was, and there are several scenes that are adapted almost verbatim from the novel [especially in the last hour of the film].

For those who don’t know the basic plot of the film, here it goes. Katniss Everdeen [Jennifer Lawrence] and Peeta Mellark [Josh Hutcherson] begin the film by going on their ‘Victory Tour’, where they’re forced to travel to each district and face the families and friends of the children that were killed in the first Hunger Games. As this is happening, resentment and growing rebellion in the districts has President Snow worried, and he in turn takes his anger out on Katniss. As Katniss becomes a growing beacon of hope for the public and inadvertently a symbol of the rebellion, Snow devises a cruel twist to the 75 Hunger Games – the reaping will occur with the previous winners from each district. Basically, Hunger Games: All Stars, and an easy way for Snow to get rid of Katniss and all the other victors.

So although we no longer have kids killing kids, the stakes are much higher, everyone’s lives are in considerably more danger, and the repercussions of Katniss’ actions spread beyond her and Peeta.

I think it’s repetitive to praise Jennifer Lawrence’s performance in this film, but the important of her acting cannot be understated. Without her, the movie falls flat and fails. With her, it shines and the smaller character beats that are so important to the overreaching narrative arc are achieved. Of course, the acting is top-notch across the board, and the new additions [Jena Malone and Sam Claflin] shine in their respective roles. Sadly, Philip Seymour Hoffman really doesn’t have much to do, but the bulk of his stuff is in Mockingjay, so it’s understandable.

My personal favorite was the jungle arena, especially with the visual sensibility that director Francis Lawrence brought to the film. It felt bigger, and at times was absolutely bonkers crazy.

Although this wasn’t a personal criticism of mine, people that saw the movie that hadn’t read the books felt that the two halves of the movie were jarringly different. During the first half, we get a slow-burning political thriller, and the second half descends into action and chaos. While it’s faithful to the novel in that sense, there are people who may prefer one half to the other depending on their own sensibilities. But even then, there’s something for everyone – and if that’s the biggest criticism I could find from non-fans of the novels, clearly the director’s done his job.