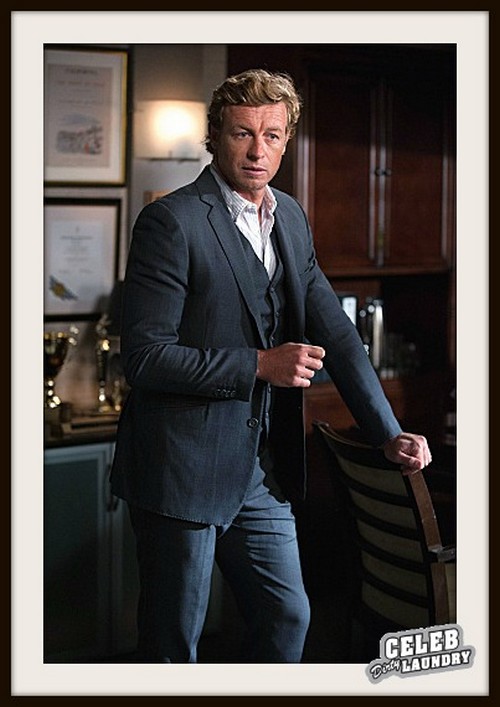 Tonight on CBS THE MENTALIST returns with a whole new episode called “Black-Winged Redbird.” On tonight’s show the CBI investigates the case of a software engineer killed by a drone strike.  Did you watch last season six’s premiere? If you want to get caught up before tonight’s new episode, we have a full and detailed recap, right here for you!

On last week’s episode Jane and Lisbon secretly continued their dangerous mission to narrow down the list of seven Red John suspects as they investigate the murder of a man who was missing for two years. Michael Gaston returned as CBI Director Gale Bertram. Josie Davis guest starred as Sonya, a waitress at a truck stop, and Lauren Stamile (“Grey’s Anatomy”) guest starred as Madison Yardley, the murder victim’s wife.

On tonight’s show Jane discovers an important clue to Red John’s methods as the team encounters four of the suspects, and the CBI investigates the case of a software engineer killed by a drone strike.

Tonight’s The Mentalist Season Premiere is going to be exciting, and you won’t want to miss. So be sure to tune in for our live coverage of The Mentalist — tonight at 10PM EST! While you wait for our recap, hit the comments and let us know how excited you are about this season of The Mentalist.  Check out a sneak peek of tonight’s episode below!

RECAP:An overweight bald man with glasses walks towards his car, before getting in he checks his cellphone for a few seconds; he then gets in to the car and drives off, he ends up driving and checks his watch making him swerve. A cop stops the man on the side of the world, the man is not happy with being stopped. The cop wants the man to step out of the vehicle, but the bald man does not listen and drives off; as he drives off his car explodes. It shows a crime scene with a bunch of cops around it, Patrick exits the house where the crime took place and asks for water to wipe the victims head.

Teresa is shown walking around the police office, she sees the chief painting a symbol on the glass windows with blood, there on the floor are several of people she knows on the ground dead. Teresa wakes up in the hospital with Patrick at her side, Teresa can’t remember what happened to her; luckily she’s not harmed in anyway, Partridge is confirmed dead. The man took Partridges blood and put it on Teresa’s face, Patrick explained. Teresa mentions something about a Tiger to Patrick, which has something to do with a poem. Teresa agrees that the person behind the crime is always a step ahead of them and she’s starting to believe that the person could be psychic. Patrick calls a woman by the name of Sophie, he needs to talk to her because he has something to talk to her about. Patrick enters the police station, everyone is asking about Teresa, Wayne and Cho end up going to the crime scene of the fat bald man in the beginning of the episode. Patrick is asked if he knows why Teresa went to the house on her own by the chief. Patrick seems like he’s having a hard time trusting people, Wayne is talking in the car with Cho about how they find there’s something creepy with someone they know. Wayne is happy that Cho agrees with him, they both arrive at the crime scene, you can see the car which is charred black due to the explosion. Wayne finds a hole in the roof, and asks Cho to come see what he found. A officer at the scene at the crime mentions that he caught footage of the car exploding, Wayne and Cho go to see what’s on the footage. Wayne receives a call from Grace, they seem to be planning a date later on in the day. Grace explains what Titus Stone who’s the bald fat man who blew up in the care. Patrick is seen lying on a cot of some sort, he has flash backs of doctor Miller. Cho calls if Patrick is on the case, Patrick replies that he’s always on the case and goes to meet up with Cho to learn more about the drones. Patrick and Cho meet up with woman who works at a company that creates drones, she mentions how Titus was a genius, though he was socially awkward at times. Patrick and Cho enter a room and meet with Elliot, Elliot mentions that Cho thinks a UAV drone killed Titus. Elliot believes that Titus was used as a prop for terrorism of some sort, Cho says for now it’s an act of homocide. Patrick and Cho learn about Titus who created a new product called the Red Bird for the military. Elliot and the woman are a little nervous to bring up the Red Bird because they’ve got to be confidential about their work with the Pentagon. Patrick and Cho meets up with a guy who’s got pictures of insects in his room, their to reference the drones that are the size of mosquitoes. They ask if Titus has any hobbies or if he was into any woman, the guy mentions Titus going on a diet, which makes Patrick believe that Titus was trying to impress someone. The guy admits that there are people who hate drones, Cho says that he needs to take Titus’ laptop. Patrick leaves the room and calls Sophie once again, but once again there is no answer; he decides to call Grace and ask her to look up a address for him.

Cho finds out that Patrick was right, Titus was trying to impress a woman; to be more precise a prostitute, Teresa gets a visit from a man that was in her dream that had blood covered all over him and it even showed him apologizing. Teresa says that Red John wasn’t anything to worry about, that he wasn’t tough due to the fact he didn’t harm her in any way. The man is asking if Patrick and her have any leads on Red John at the moment. This man is one sketchy guy, especially with that walk away whistle. Wayne talks to a woman who’s a prostitute who had Tidus as a customer. The woman tells Wayne that the man was not real talkative, though when he got into the role he was quite the talker. She admits that Tidus was into role play, they role played as samurai warriors and village girl quite interesting I must admit. Teresa meets up with Grace to talk about getting rid of the surveillance that was put on the people on Jane’s List. Patrick arrives at a house, which I assume is Sophie’s house. Teresa calls Patrick asking about Sophie, Patrick believes that Red John may have known that Patrick had said many things about himself to her during meetings with each other. Patrick opens the door by himself with a key, he enters the house and closes the door quietly to not raise suspicion. Patrick walks around the house and looks at the many thins Sophie has lying around, along with what’s in her drawers in the living room. Patrick finds a recording device that Sophie probably used with patients. Patrick continues his search in the kitchen, he opens the fridge but finds nothing. Though he finds a note that says dinner is in the oven, within the oven there’s a head inside of it; which I assume is Sophies’.

Teresa got a call from Patrick. Patrick told her that he found a dead body and it’s someone that he knew, Teresa tells Grace about this. Patrick is being questioned, he’s asked how long ago he used to talk to her at one point. Teresa calls Patrick ans tells him that three of the suspects are at the office. Patrick arrives in time to get into the private meeting, all of the men are having a conversation. Patrick says that he’d be able to wait for them to finish their conversation, but the chief breaks and lets Patrick talk. Patrick talks about how he’s progressed in the Red John case, Patrick mentions that Red John’s made a big mistake with killing Sophie. All of the men are wondering how much Patrick knows about the Red John case. Teresa meets Patrick at a park and brings him coffee along with her. Teresa mentions how she’s sorry about Sophie, she knows that Sophie helped Patrick a lot in the past. Patrick believes that Red John killed Sophie, not for that alone, but to talk to her also. Patrick adds in that the killer probably waited for the right time to kill Sophie. Teresa tells Wayne to go investigate, but to turn off his GPS, Cellphone and more to make sure no one knows what he’s doing. We see Cho meet up with a man who designs drones like Titus did. Both the man and Titus had a past with each other, not necessarily the best. Tidus wanted to speak about how the Red Bird drone he made ended up making a mistake and firing at civilians. Teresa, Cho and Frace are talking about the Tidus case, involving drones. Teresa asks about what Tidus was doing at the time before his death, turns out he was at a restaurant alone for three hours. Patrick wants know about what Tidus had for dinner, Patrick figured out the case on his own and will explain it once everyone gets together.

Teresa and Patrick arrive in a room, to speak about who killed Tidus; it turns out that Tidus actually killed himself, due to the fact he respected the way of the samurai strongly. Patrick figured this out due to the meal he had before he died, it turns out that it was in fact his last supper before the suicide. Tidus talked to the girl he loved about the situation that he went through, how the accident was nothing honorable. Tidus admitted that he couldn’t live with himself, the girl he loved didn’t even talk him out of it; she pretty much encouraged it. Kris the woman ended up getting rid of the suicide letter that he got rid of, Teresa admits that the codes were found about the Red Bird. Kris admits to wiping the disc, Elliott is clearly pissed off with what Kris did to Tidus. Patrick and Teresa bluffed about the codes, they turned out to be random jibberish. Patrick receives a call from Wayne, he wants to let him know the names of the patients Sophie had. They found one name that’s suspicious, though the file of said person wasn’t there. Patrick knows something that Red John doesn’t know, that she kept a recorder of the patients she had. It seems that Patrick has gotten close to solving the Red John case, Patrick is seriously one sly boot.