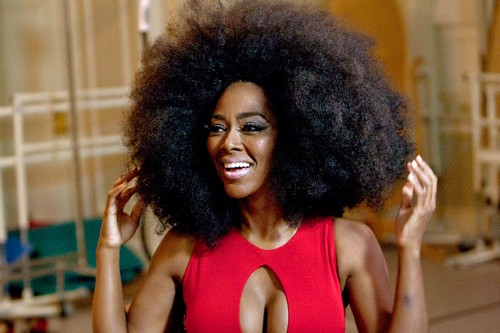 Tonight on Bravo is the season 5, nineteenth episode of THE REAL HOUSEWIVES OF ATLANTA and tonight’s episode is called “Divas into Icons.” On tonight’s show One rogue Housewife turns an evening of elegance into a full-fledged showdown and this time Kenya might have gone too far.  Did you watch last week’s episode?  We did and we recapped it here for you.

On last week’s show Kandi’s housewarming party was supposed to be a joyous occasion, but Kenya brought drama after finding out that her ex Walter was there; Cynthia had to intervene because Kenya might have taken things too far. Meanwhile, NeNe and Gregg settled deeper into their rekindled relationship.  Kandi held her first Bedroom Kandi sales gathering, and the women were shocked to see how big her empire had grown. Porsha sought the advice of a therapist concerning her relationship with Kordell, and Phaedra and Kenya on set to battle it out: Booty vs. Booty with their upcoming workout videos.

On tonight’s show Now that Kenya has moved beyond Walter and the Battle of the Booties with Phaedra, she decides to throw a big party; everyone must come in assigned costumes to her Hollywood Icons gala. The ladies are all dressed to impress, but one rogue Housewife turns an evening of elegance into a full-fledged showdown and this time Kenya might have gone too far.

Tonight’s episode is going to be another drama packed one, which you won’t want to miss. So be sure to tune in for our live coverage of Bravos’ The Real Housewives of Atlanta Season 5 episode 20— tonight at 8PM EST! While you wait for our recap, hit the comments and let us know how excited you are about the new episode of RHOA tonight.

Kenya is having her costume party. Before that she’s meeting her party planning entourage and the audience gets insight into her motives. The party is representing the accomplishments of black women. In which she feels her name is on that list. As well as the party being a coming out for her in Atlanta. It  also doesn’t hurt that it’s a party for which only she can plan the guest list. Sorry Walter.

Kandi and Phaedra have decided to take self-defense lessons which are entertaining especially when Kandi actually injures one the instructors.

Porsha and Kordell go to therapy together. In therapy a lot of skeletons come out of the closet. Porsha talks about how she and Kordell have disagreements with him always winning because she lets things go. When the conversation turns towards the miscarriage, Kordell talks about how it was extremely difficult for him. Even the therapist gives him a look at that statement. But the pressure on Porsha to produce is the biggest concern. Porsha wants reevaluate her staying at home and being a mom. Also she wants Kordell to at least compromise or think of comprising. It’s not surprising that therapist even agrees.

One of things that is most likely to cause contention is that the costume party have preplanned costumes for the guests. Porsha as Baps, it doesn’t go down well for her, although Kenya said if it’s good enough for Halle then Porsha shouldn’t have a problem with it. Nevertheless that doesn’t stop friends telling Porha she’s being sabotaged. Like Elle Woods and the bunny costume.

Even Cynthia has problems with her costume choice. Yet Cynthia being Cynthia she makes it work.

The party is just starting when Kandi, who’s unhappy about being Tina Turner, shows up with her boyfriend. Everyone is in costume even Peter, who claims he’s not, except for Kandi’s man. The night could have run smoothly if Porsha had showed up as her character. Instead of Halle from Baps she instead shows up as Dorothy Dandridge.  The fight between two women escalates into Kenya having Porsha escorted out.

When Cynthia and Kandi find out they and their party decide to leave as well. Yet despite the couples leaving the party, they don’t leave the parking area. All fights start when people don’t fully leave the premise.  After Kenya notices that they haven’t left she goes outside and semi apologizing she agrees Porsha and everyone needs to come back. Returning to her party, Kenya misses the fight between Brandon and Kordell.

Kordell remains in a temper when Nene and Phaedra show up. Everyone agrees that Kenya was wrong to kick Porsha out but Porsha does agree to go back to the party and save everyone’s night.  However onnce Nene talks to Kenya and tells her to calm it down, Kenya agrees to and does apologize.

Porsha accepts her apology only to think Kenya is full of it for apologizing. Except for that the night continues on a happy note and the remaining drama will carry over into the Reunion Show Next Week.

In this Season’s Epilogue, Porsha is getting divorce. Phaedra is pregnant with baby number two. Meanwhile Kanid and Nene are getting married and proving to be successful with Cynthia helping to plan Nene’s nuptials. Then there is Kenya. She happens to be dating an African oil tycoon.

In next week’s reunion show the drama does get carried over. Apparently Apollo and Kenya have been doing some texting and possible sexting. Who texted whom?