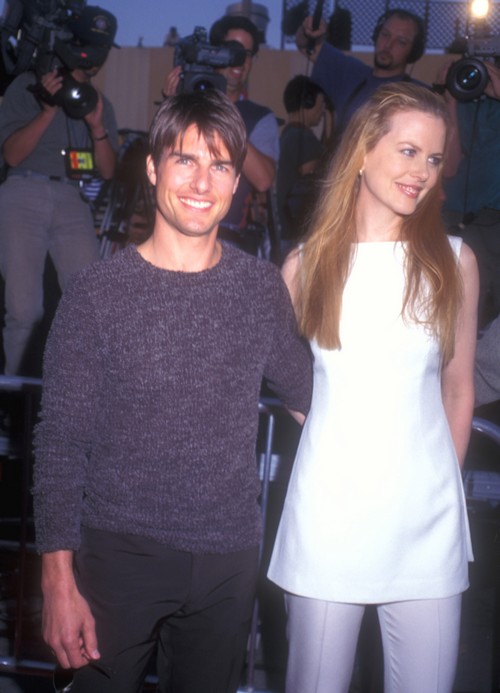 I don’t blame Nicole Kidman when she says she’s finally happy in her life. If I was once married to Tom Cruise but managed to get away, I might feel the same way.

In a recent interview while promoting Stoker in Australia, Nicole is asked about whether she’s happy, more than ten years after her publicized divorce with Tom Cruise. She apparently hesitated and then replied, “Yes. Happy in the sense that I have my girls and my husband and I have a very, very strong real life to counter-balance my fantasy life now. My fantasy life used to outweigh that more and now I’ve kind of balanced it, which is a lot healthier. I smile now!”

She’s basically hinting that she never used to smile when she was married to Tom Cruise, right? Again, I don’t blame her. Tommy may have been fun and all, but he was still associated with that crackpot ‘religion’. I’m sure Nicole has been restricted from speaking about it in public, for fear of lawsuits and whatnot. But it was reported that her children were slowly been driven away from her, and it’s not hard to believe given what we now know of Scientology.

All in all, I still wish Nicole wasn’t so addicted to plastic surgery. When you look at her face now compared to what it used to look like ten years ago, it seems like a different person. But even then, she’s happily married, and she and Keith Urban seem to be one of the few stable marriages in Hollywood, something I never thought I’d say about Nicole Kidman.

What do you guys think of this interview? Was she shading Tom Cruise and Scientology? Let us know what you think in the comments.