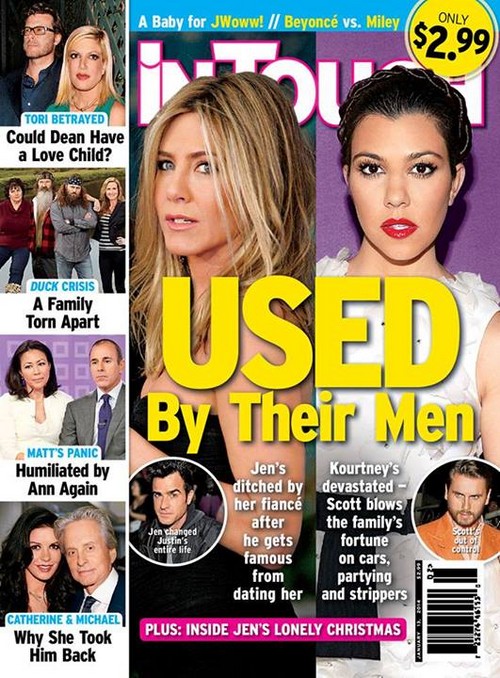 Tori Spelling has spent years trying to convince the public that she and Dean McDermott have the perfect marriage and a loving household but rumors of his cheating shortly before Christmas have really done a number on that image. According to his most recent hook up, Emily Goodhand, Dean is hardly the loyal husband that Tori has painted as. During the weekend of Dec. 6th he and Emily hooked up several times and no protection was used. In fact, according to a source that is quoted in the Jan. 13th print edition of In Touch magazine, one of the biggest reasons that Dean wanted a vasectomy last year was his hatred of using condoms.

Truth be told it probably is only a matter of time before one of Dean’s side dishes end up pregnant and those close to Emily are wondering if it’ll be her. Tori has yet to comment publicly but she was spotted out and about yesterday not wearing her rings. That usually sends a pretty clear message about the status of a relationship, doesn’t it?

Also in the latest issue is an article about men who have used their celeb girlfriends to become more famous themselves. Was Justin Theroux interested in Jennifer Aniston only to help him get into Hollywood’s inner circles? What about Scott Disick? I think everyone has kind of assumed that the thing that keeps him most attached to Kourtney Kardashian is the big bank account that comes with their relationship. Would Scott still be with Kourt if they were broke? Tell us your thoughts in the comments below!