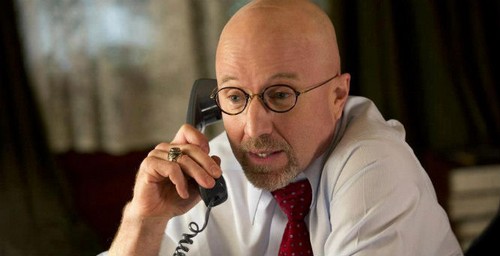 On tonight’s episode Bill decided to seek out Lilith for advice on handling the escalating human-vampire crisis and pisses her off. Eric, Pam, Nora, Jason and Jessica get up-close-and-personal glances at the perverse perils of Vamp Camp. Sam came to a decision he hoped would be in Emma’s best interest. Andy gave his faerie daughter a name, or two or three or four. Arlene found a solution to Terry’s malaise, she decided to get a vampire to glamour him. Eric made a startling discovery.  Sookie was saved by Warlow, when he gets summoned by Bill Sookie took Warlow to a safe place.  When the night started to fall Warlow asked Sookie to tied him up because he is dangerous and cannot control himself.  It seems during the day Warlow is a fairy and during the night he is a vampire.  So much more happened in tonight’s episode and if you missed tonight’s episode you can read our full and detailed recap right here!

Spoiler alert: If you’re one of those people who doesn’t like spoilers, stop reading now! We have some juicy spoilers for you about the season 6 episode 7 of HBO’s “True Blood.”

True Blood is down to the last couple of episodes and the action just does not stop.  On next week’s show Eric makes a last ditch attempt to save Nora and goes to see Bill and hopes he can save her life.   It is still unclear whether Bill can help.

Burrell is dead so that means Sarah Newlin is running things at the Vamp Camp and she warns everyone that no one can know.  The vamp camp has come up with a way to get rid of the vamps.  They have produced new True Blood for the vampires and it is laced with Hepatitis V.  Willa warns Pam not to drink the blood.

Meanwhile most of our favorite vampires are locked up in the vamp camp and rumors have been swirling that one or more vampires will meet the “True Death” this season.  We know it is not going to be Eric because we see him in next week’s preview video.

Sarah Newlin is totally pissed at Jason and it looks like this week she is going to get her revenge on him.   Jason comes to see Jessica and tells her he is there to help her.

Although Alcide has warned Sam not to go back to Bon Temps it looks like he is ignoring the warning and heading back to town.

It also looks like things are not going to go well for Pam’s psychiatrist at the Vamp Camp this week.  We know he likes Pam.

rue Blood episode 7, “In the Evening?” airs on HBO on July 28th, 2013.   Check out the preview video below of episode 6 below and let us know in the comments below what you think!  Are you enjoying season 6 of True Blood?