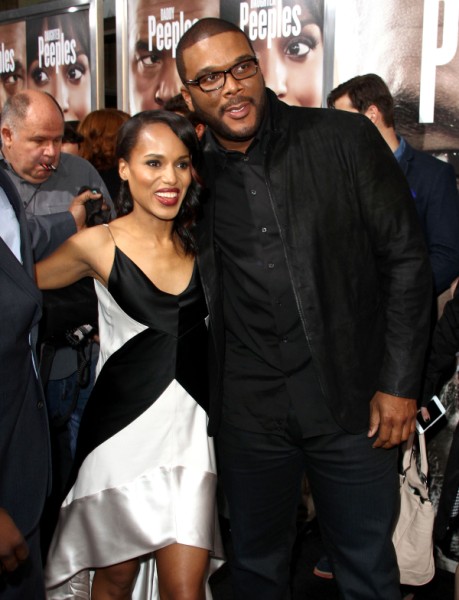 Am I the last person to know that Tyler Perry isn’t gay? I thought it was common knowledge that he was but now I’m searching around and finding that he’s never come out. It just goes to show you shouldn’t judge a book by its cover even if that cover spends half its time dressed up as a woman. He made Alex Cross, remember? CLEARLY he likes woman.

But it might not be that simple. Popular internet celebrity, and former friend to the Madea creator, Walter Hampton, has recently outed Tyler Perry and, presumably, paid a hefty price for it. According to Media Take Out, Hampton came out and revealed Tyler was a flamboyant gay man before he made it big in Hollywood and went back in the closet so as not to upset his huge mass of black church-following fans that pay loads of money to watch his Madea films. After making the statement he was brutally attacked. Walter Hampton had his face and arm slashed although it is not clear if one thing had to do with the other.

But this all sounds kinda shady. Is Tyler Perry gay and trying to keep it hush hush so he won’t lose his staple audience? Would the church going black community really stop watching Madea (and all his other crap/obvious/quasi-insulting films) if he said he liked men? That seems odd to me in this day and age but it shouldn’t be too much of a shock. For every Frank Ocean and Jason Collins there are plenty of other men who decide to keep their sexuality hidden.

What do you make of the MTO story? Is it just a coincidence the man that outed Tyler Perry was beaten? Do you believe Tyler is hiding in the closet because of his fans?