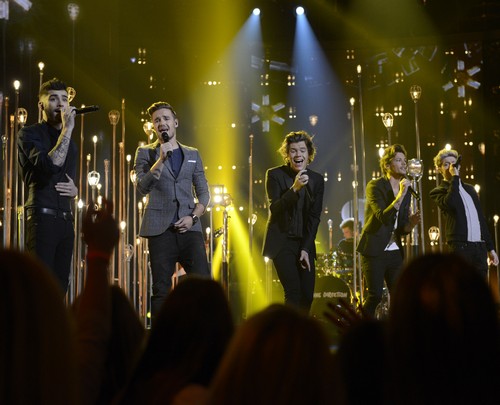 Tonight on FOX is an all new episode of THE X FACTOR. On tonight’s show another two acts will be eliminated from the competition and we will be down to the TOP 8.  Did you watch last night’s show where the top 10 finalists performed live for America’s votes on British Invasion night?  If you missed it, we have a full and detailed recap, right here for you.

On last night’s episode some of the performances were awesome and some were not so awesome.  The top 10 remaining contestants took to the stage to perform songs from the British invasion in front of judges Simon Cowell, Kelly Rowland, Demi Lovato and Paulina Rubio for America’s vote and to make it to the coveted “Top 8.”

My favorite artist from last night’s performances was Jeff Gutt he performed “Bohemian Rhapsody” originally made popular by the band Queen and he was awesome.  If you missed their performance you can see the video right here.

On tonight’s show two of the Top 10 will be eliminated. It’s another double elimination, which will leave us with our X Factor Season Three Top 8.  Get ready One Direction fans! The popular boy band: Niall Horan, Zayn Malik, Liam Payne, Harry Styles and Louis Tomlinson will be singing.

Who do you think will be the sent home tonight?  Who are your rooting for? Don’t forget to come back to this spot at 8AM to find out which artist was sent home and watch One Direction perform.

Tonight is a double elimination and One Direction is set to perform on the X Factor stage tonight; the contestants are scared because nobody is safe now. We start off with seeing a recap of all the acts last night and the comments they got from judges; both positive and negative ones.

We now see a complication of the contestants saying how hard and nerve-wracking getting on stage really is; it makes their hearts race. But once the music starts they gain the confidence to just let loose and perform; they are prepared to take the challenge of the X Factor.

The first act going home and out of the X Factor is Khaya Cohen; the judges look quite shocked at this announcement with her being in the bottom two last week. Khaya says it kind of sucks but she is going to keep pursuing her love for music; Demi says that she is so young with so much going for her and has one of the best voices she ever heard.

Next up is the most popular boy band in the world; they were formed on the X Factor UK. One Direction is performing live on stage on the X Factor. CLICK HERE to watch the video of One Dir singing “Story of My Life.“

The first act performing for his life is Tim Olstad singing “You Raise Me Up” by Josh Groban.

doesn’t want his journey to end any time soon; he enjoys this experience a lot. Carlito says that he is a fighter and will keep on making it back from the bottom two no matter if he’s put into it each week.

Kelly says she loves how both performers had a lot of determination in their performances just now and they are both trying to still find out what artist they want to be; Kelly is sending home Tim Olstad. Demi says that she a lot of determination as well and hates doing this because she has been critical on both of them, but she is sending home Tim Olstad. Paulina says that they are both so talented and such great people; she decides that Tim Olstad is going home. Carlito is moving onto next week and Tim Olstad is leaving the X Factor.