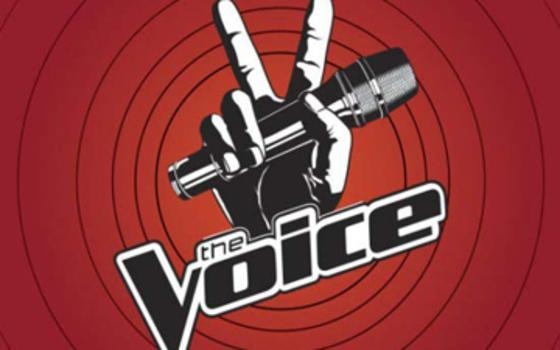 Last night, the final elite twelve took to the stage to sing their bleeding hearts out for America.  Team Blake’s Holly Tucker is so big and powerful she can sing anything.  She delivered another captivating performance tonight.   Team Shakira’s Sasha Allen was perfection and she delivered a ridiculously powerful performance.  Team Blake’s Danielle Bradbery is becoming one of my favorites.  She is just so talented and brought it again tonight.  Team Adam’s Sasha Hill had a stunning performance.  Did you watch last night’s performance show?  We did and we recapped it here for you!

Let’s see how all the singers did last night before we give you our poll to vote in:

Amber Carrington sounded terrific on her song tonight.  Usher said, “I cannot believe that, when he thinks she is giving it her all, she gives more – she is an incredible vocalist and will have an incredible career whether she wins or not.”

Judith Hill sang her song playing the piano and she was stunning, she wowed the crowd.  Adam said, “there are a lot of great voices on the show, but getting up there and playing your piano takes so much talent and he believes that she is the most talented in the competition in it’s rawest form.”

Sarah Simmons handled her song well tonight.  Adam said, “the refined range of voice is so special and she is one of the best singers they have ever had.”

Danielle Bradbery brought it tonight, for such a young artist she is so expressive.   Adam thinks Danielle is the one to beat and he whole heartily believes it, what an incredible job.

Holly Tucker is incredible, she knows exactly what she is doing.  Blake thinks this is the best that they have heard her so far. Blake thinks somewhere Martina McBride is going OMG because Holly sang this so well.

Garrett Gardner tried to take a Backstreet Boys song and turn it into a Rock Song and I am not sure it worked.  Blake thinks sometimes you need to throw an artist into left field to see what he can do, he thought it was pretty good.

Kris Thomas took on a Jackson Five song and he seemed to be out of his depth.  Usher thinks there are constructive things that he could say, but the point is no risk no reward.

Sasha Allen was perfection tonight, she killed the song.  Shakira thinks Sasha has one of the best voices she has ever heard, she thought it was heartfelt and the version was fierce and passionate. Shakira says that if America doesn’t vote for her, she is going to write a song called “My Sasha”.

Josiah Hawley song was okay but not a standout performance, but the girls love him.  Adam thinks Josiah finally found a place for his voice, this was his sweet spot and the best so far.

Michelle Chamuel had a fun performance tonight, but she seemed kinda of awkward at times.  Usher adores Michelle and thinks she is incredible, he loves that she gives it her all every single time.

Vedo sang a Michael Jackson song and decided to dance as he sang.  Blake thinks the dancing didn’t affect his performance, it was awesome.