BY Annemarie LeBlanc on May 22, 2013 | Comments: Leave Comments
Related : Dancing With the stars, Dancing With The Stars Season 16, Reality TV, Recap, Television 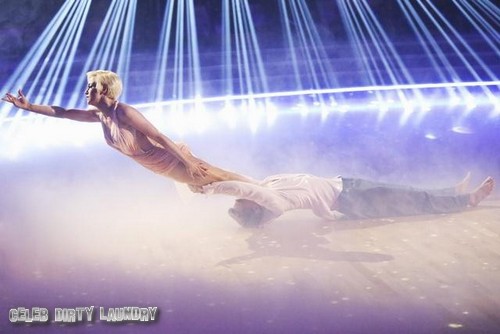 DANCING WITH THE STARS returned tonight with its Final Results Show of the season and by the end of the first hour we will say goodbye to one more contestant. The three remaining contestants will battle it out with one last Instant Dance that the judges will score and it will be added to their judges scores of last night.  By the end of the evening the winner of DWTS Season 16 will be crowned.  Did you watch last night’s performance show?  We did and we recapped it for you, HERE!  Did you miss any one the performances?  If you did we have all the videos HERE for your enjoyment!

We conducted a poll today and a majority of votes, 64% predict that Kellie Pickler will take the Mirror Ball Trophy tonight.  Zendaya follows second with only 28.7% of votes.  So far our poll is batting 100% week after week.   But things don’t always go as we expect, there is still time to vote in our poll, go HERE!

The show will feature music from Pitbull, who will perform his new single, “Hands Up,” and Wynonna will sing “I Want to Know What Love Is.” In addition, PSY will take to the stage with his latest hit, “Gentleman,” and Jessica Sanchez will sing her version of Pitbull’s “Feel This Moment.” The fourth-place couple will be eliminated within the first hour of the show, and in a final element of the competition, the three remaining couples will perform a new routine in an “Instant Dance”– where they will tackle a style they know, but to music given to them for the first time live on television. This routine will be scored out of 30 and will round out the judges’ scores across both nights.

By the end of the evening one couple will be crowned the “Dancing with the Stars” Champions and awarded the coveted Mirror Ball Trophy.

Tonight’s episode is going to have all the usual glitz and glam in the ballroom, which you won’t want to miss. So be sure to tune in for our live coverage of ABC’s Dancing With The Stars Season 16 Final Results show and find out who the winner is of DWTS Season 16 – tonight at 9PM EST!

READ THE FULL RECAP OF THE DANCING WITH THE STARS SEASON FINALE HERE!