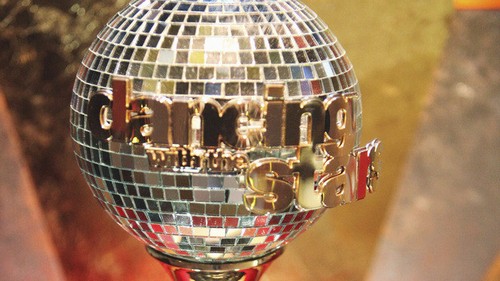 Tonight after weeks of fabulous dancing season 17 of Dancing With The Stars comes to a close and one couple will win the coveted Mirror Ball Trophy.  After last night’s part 1 of the Season Finale the four remaining couples performed to get one of the three spots in tonight’s season finale.  The couples who competed tonight were: Jack Osbourne & Cheryl Burke and  Amber Riley & Derek Hough and Corbin Bleu & Karina Smirnoff.

On tonight’s show in the the last element of competition, the couples perform a new routine as part of a “24 Hour Fusion Challenge.” During Monday night’s show, the remaining couples chose  songs for their competitors that fuse two contrasting dance styles and they all have less than 24 hours to prepare that dance for judges’ points the following night.   The fusion dances tonight are: Corbin Bleu dancing Cha-Cha Foxtrot Fusion and Amber Riley dancing Samba-Quickstep Fusion and Jack Osbourne dancing a Paso Doble-Samba fusion.

The finale will feature performances by Lady Antebellum who will perform their new single “Compass,” and Enrique Iglesias will sing his current hit “Heart Attack.” The entire celebrity cast returns including: Elizabeth Berkley Lauren, Brant Daugherty, Keyshawn Johnson, Christina Milian, Bill Nye, Nicole “Snooki” Polizzi, Leah Remini and Valerie Harper who will dance with partner Tristan MacManus to a version of “What a Wonderful World” by singer Colbie Caillat. In addition, Ylvis will perform their hit single “The Fox,” accompanied by select celebrity and pro dancers. At the end of the night, the public vote from Monday night will be combined with the judges’ scores from both nights to crown the Season 17 Champion.

I am hoping that Jack Osbourne wins tonight.  We conducted a poll this week and 54% of viewers think Amber Riley will win.  Who do you think will win?  Make sure to come back to this spot tonight at about 10:30PM and we will be covering the live recap of who goes home with the Mirror Ball Trophy and is crowned the winner of season 17 of DWTS.   Sound out in the comments below and let us know your thoughts!  Who will win?