Did Whoopi Goldberg Rant and Rave Against Barbara Walters Over Prince George Comment? 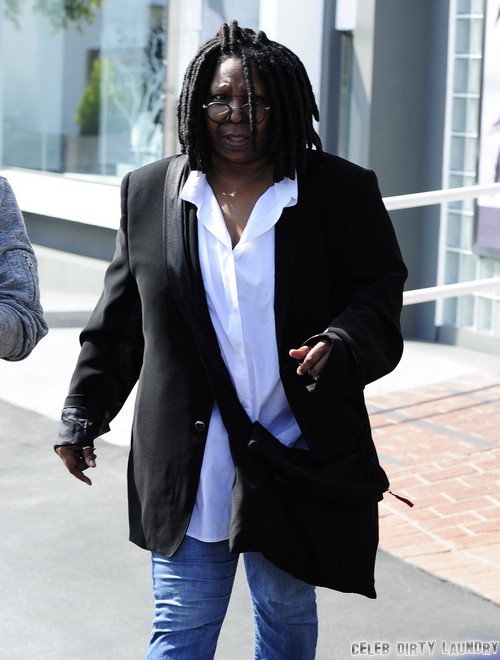 So you know how the whole world is obsessed with the royal heir, Prince George of Cambridge? Well, not Whoopi Goldberg. When Barbara Walters tried to promote her 20/20 special on the royal baby during the View, Whoopi simply stated that she didn’t ‘care’. Barbara then said, “Whoopi will not be watching but we hope you will.”

Of course, that would have been the end of the story, except that Whoopi apparently went on a ‘seven-minute rant’ backstage about Walters, reportedly saying, “I can’t handle it anymore. I can’t wait till she retires.”

But now Whoopi’s saying that she never ranted about anything, adding, “I don’t rant at The View for seven minutes for any reason. That would not have come out of my mouth, especially not at The View. I’m not stupid. I don’t see any reason you’d do this unless you are looking for a fight, and no one likes a fight.”

Considering that Walters hired Whoopi in the first place and they both reportedly have a great relationship, this story does seem somewhat fabricated. And what Whoopi says definitely rings true. Where did this ‘seven-minute’ rant come from? It’s so specific, almost like whoever leaked the report was trying to make it seem as legitimate as possible.

What do you guys think? Whoopi is famously known for speaking her mind [among other things], so could this just have been a case of misrepresentation? Maybe she was just honest, and someone backstage took it for a ‘rant’. Let us know your thoughts in the comments.