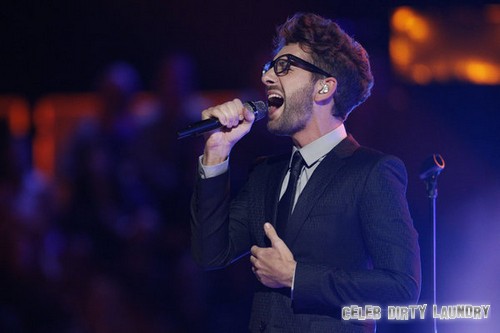 Will Champlin took the stage tonight on THE VOICE for his Top 5 Semifinal video performance.  Team Adam’s Will Champlin sang “Carry On” by Fun.  Tonight’s show the remaining artists from each coach, Christina Aguilera, Adam Levine, CeeLo Green and Blake Shelton team performed live for America’s vote and the chance to move on to the Finals.

Judges Comments: “Adam Levine is happy with his performance because he has never seen Will smiling this much, he is “gushing” and really proud of him.  CeeLo thinks it is cool to see Will looking “swaggy” up there.  He thinks “Carry On” is a wonderful song and he executed it perfectly.  Blake was “wrapped up” in his performance, he thinks that if Will keeps smiling and “opening up” on stage it can carry him all the way on The Voice.”  If you want Will to make it to the Finals don’t forget you have to vote for him.

On last week’s show Will sang “A Change is Gonna Come” and the judges loved her performance.  The judges said this about his performance, “Adam says that he loves how well Will can play the piano like a bad ass; he loves how he sings an all time classic in his own way with such grit in his voice. Adam thinks the way he dedicates the song to his family is beautiful; he loves his optimism in his heart. CeeLo says that Will has soul and heart; the way he made him say damn with how great his vocals were at the end.”  If you want Sam to make it to the semi-finals don’t forget you have to vote for him.”