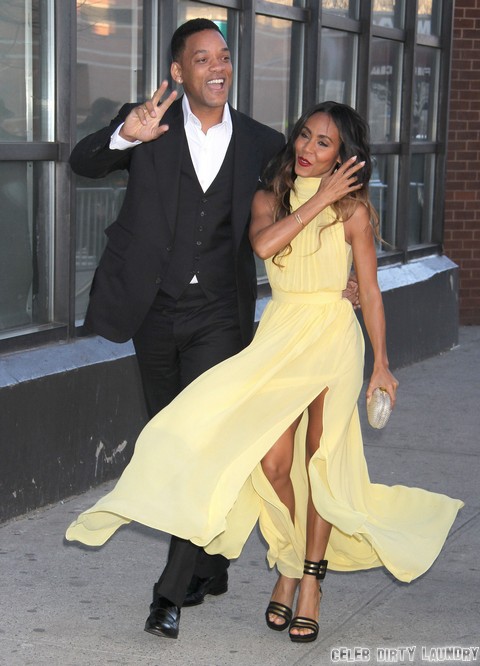 Will Smith and Jada Pinkett Smith have been in the midst of some breakup rumors for a while now, and the latest report from the National Enquirer claims that Will and Jada are about to sell their Los Angeles home ahead of their $300 million split.

A ‘source’ tells the Enquirer, “When things started going south a few years back, they decided their long-term prospects were suspect and it would be better to err on the side of caution by selling off some of their properties.”

The source also adds that Will and Jada are looking to sell their Calabasas home for $42 million, adding, “It would be less complicated for them to divide cold, hard cash than try to sell off their homes in the middle of a divorce.”

I’m sure Will and Jada would be so cordial and amicable in the midst of a ‘$300 million split’. I mean, what do they have to lose, right? Just their career, their income, their children, their image, and everything that goes along with their status. I’ve said it before and I’ll say it again – Will Smith and Jada Smith are way too business and image conscious to ever get a divorce. They can’t even admit to being Scientologists in public, so why would they ever admit that their marriage isn’t working out and they’re splitting up? I have no doubt that if they actually are having marriage problems, they’re doing their best to keep it quiet.

And besides, these rumors have been circulating for so long now that if they still haven’t broken up, they’re not going to any time soon.

What do you guys think of the rumored breakup and divorce between Will and Jada? Do you think it will happen? Let us know your thoughts in the comments.