Will Wynonna Judd Save Dancing With The Stars From Cancellation?

BY Renier Palland on March 12, 2013 | Comments: one comment
Related : Dancing With the stars, Wynonna Judd 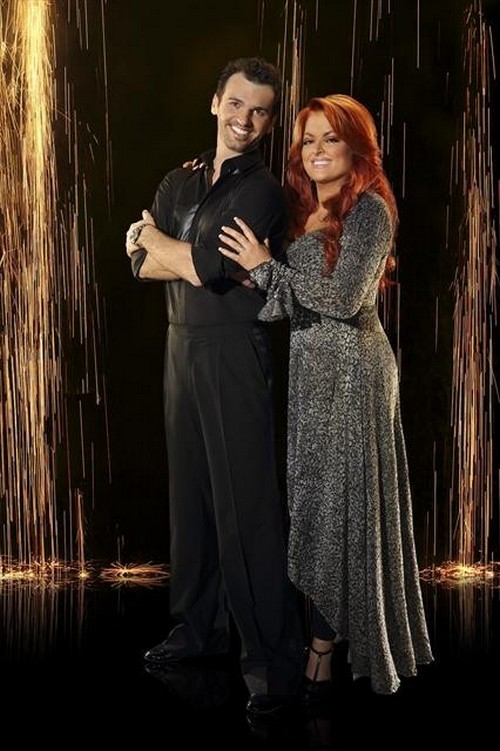 On the 18th of March, 2013, we’re heading back to the ballroom for campy antics and D-list celebrities without careers! Dancing With The Stars’ 16th season is airing soon, so brush up on your Ginger Rogers knowledge, break out your Dorothy shoes, and learn the difference between a Tango and a Paso Doble! The new season will feature an array of failed celebrities trying to make a comeback on television’s guilty pleasure, and seeing that Celeb Dirty Laundry is your numero uno site for all things reality television, we decided to bring you a daily dose of the celebrity contestants and their meager attempts at becoming “famous” again.

Wynonna Judd was a country singer once upon a time. She achieved brilliant success as a member of The Judds, and also as a solo country music star in the 90’s and early noughties. However, in 2003, Wynonna hit a career roadblock when she appeared on the Oprah Winfrey show and revealed that she had “a severe dependency on food”. Her struggles with her weight, her family history, her childhood, and her career, became heavily publicized post Oprah interview. In 2010, Wynonna was involved in a head-on collision in Salt Lake, Utah, but luckily she didn’t suffer any severe injuries and somehow managed to pop back into the public consciousness as the country star that once “had it all”.

Country music and reality television form the perfect mixture of strong viewership and powerful voting blocs, so the decision to cast Wynonna was an absolutely brilliant move by the producers. The show lost its way after last season’s tragic, controversial, and absolutely ridiculous All-Stars season. The 16th season is make or break time for DWTS, because without strong and loyal celebrity fan bases, the already dwindling viewership figures will hit that jumping shark in the nose.

We hope Wynonna Judd saves DWTS from a horrible and tragic death, because, you know, how will we survive without our weekly kitsch fix?