The X Factor’s Mario Lopez Demands A 100% Pay Raise Or He Quits! 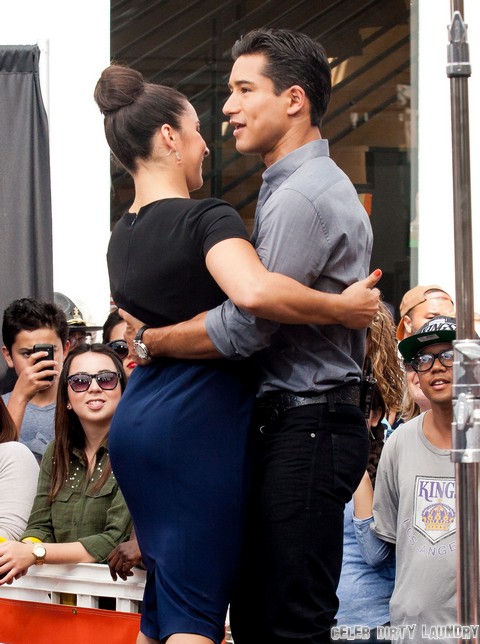 Mario Lopez has been in the Hollywood business for most of his life and when it comes to money he’s a smart cookie. X Factor producers brought in Khloe Kardashian as a gimmick to co-host last season and the reality maven totally tanked.  She was uncomfortable as a host- at best- and obviously wasn’t coming back for another season. Also out are two of last seasons’ four judges. Britney Spears was a dud on the show and LA Reid is ready to focus on his record business rather than mentoring young hopefuls.

Simon Cowell knows that the show needs an overhaul if it’s going to survive for more than one more season and he has been struggling to find the right combination of stars and chemistry. According to the April 22nd print edition of GLOBE, Mario realizes that he might be in a good position to make a power play and so he has made a move. Since Khloe is gone that would leave Mario to handle all hosting duties and he believes that if he’s doing the work of two people then he should be paid for two. Instead of raking in the 1.5 million like last season, Mario’s price tag has jumped to a cool 3 million.

Instead of just kicking around the idea of paying Mario twice what he was worth last season, Simon is said to also be exploring other possibilities. In his mind, he already needs to replace two judges so he could easily throw a new host into the job opportunity mix if need be. Plus 3 million is an awful lot to pay anyone on a show that hasn’t really garnered fabulous ratings. Last season had a steady following, but didn’t pull nearly the numbers that Simon had wanted for the Fox network.

Is Mario worth 3 million or should Simon look for a new face to introduce the competitors each week? Tell us your thoughts in the comments below!