BY Cate Meighan on May 12, 2014 | Comments: 2 comments
Related : Aaron Carter, Dancing With the stars, Drugs 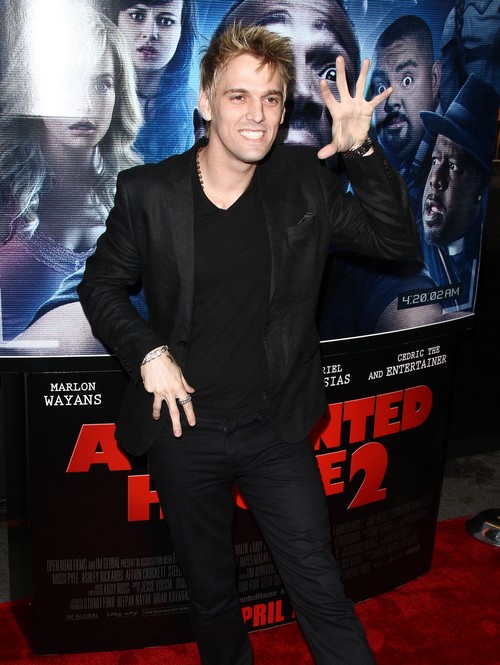 Way back in 2009 Aaron Carter was chosen to appear on Dancing With the Stars. It seemed pretty logical at the time as the former Backstreet Boy certainly helped to reel in a great number of viewer’s. Unfortunately while the female fans were loving him he was struggling behind the scenes. According to the May 19th print edition of GLOBE Magazine Carter suffered from severe stage fright and turned to prescription pills to help.

Carter got himself a script for Xanax to help calm his jitters but like so many other people, he found himself taking way too many. By the end of his stint on the show Carter says he was taking three times the recommended daily dose and a walking zombie. It was his mother and brother that ultimately saved Carter’s life by staging an intervention and then pushing him into the Betty Ford Center. That stay set him onto a different path and Carter claims to not only be drug-free today, but also steers clear of alcohol.

I think that this may be the first time that anyone has confessed to actively using drugs while appearing on DWTS. Do you think that drug use is actually a problem on set behind the scenes? Do you think that any other previous contestants will hear Carter’s story and back up his claims of intense pressure behind the scenes and admit their own special ways of coping while doing DWTS? Or will everyone connected to the show separate themselves from Carter? Tell us your thoughts in the comments below!