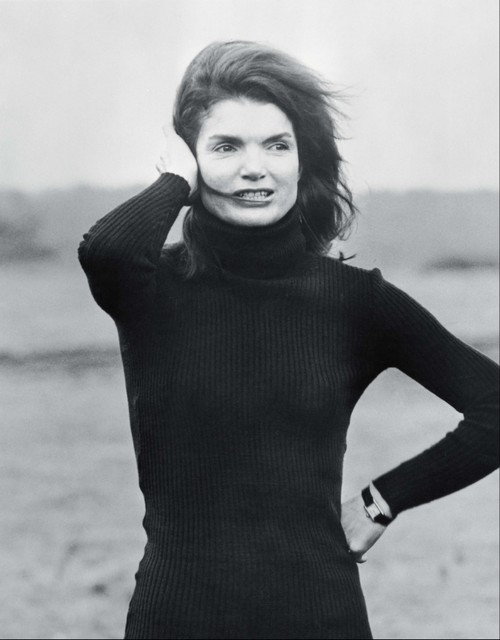 Jackie Kennedy [Jacqueline Kennedy Onasis] has always been portrayed as the tragic wife figure in history books, suffering while her husband, John F. Kennedy, cheated on her and then lost in devastation after he was assassinated. However, a new book titled Jacqueline Kennedy Onassis, A Life Beyond Her Wildest Dreams has revealed the secrets behind Jackie Kennedy’s perfect public image, claiming that she carried on multiple affairs behind her husband’s back.

The book quotes [via Radar Online] both Truman Capote and Gore Vidal, known to have been associates of Jackie. Gore was quoted as saying that sex was just a ‘game’ to both Jackie and JFK, explaining, “She and Jack both loved gossip and could go on talking endlessly about other people’s sex lives. but I always got the distinct impression that she was very interested in sex the same way that Jack was very interested in sex.”

The book also has several claims about Jackie’s love life, stating that she had affairs with both of JFK’s brothers, Ted Kennedy and Bobby Kennedy. Plus, she reportedly also had flings with a ton of actors, including but not limited to Paul Newman, William Holden, Gregory Peck, Warren Beatty, Marlon Brando, and basically the who’s who of the A-list at the time.

Apparently, Jackie was carrying on the affair with Ted Kennedy even while she was still married to JFK, a rumor that was also corroborated by Jackie’s confidante, Nancy Dickerson. Apparently, Ted Kennedy made it a well-known fact that he fell in love with Jackie, even before she was married to his brother. And even though he knew that she was also having an affair with Bobby, he couldn’t stop himself from continuing to see her.

Plus, Jackie reportedly told Truman Capote about her affair with Paul Newman, comparing her husband to him. Capote is quoted as saying that Jackie told him, “It was the most amazing thing: Paul and Jack have an identical penis. It was like getting seduced by my husband all over again. It was eerie.”

Seriously, what kind of twisted love affair was this? Three brothers, one woman, and a bunch of movie stars… it’s like Old Hollywood on steroids. And for those who want to know more of Jackie’s hidden past, the full book is currently available on Amazon – have at it.