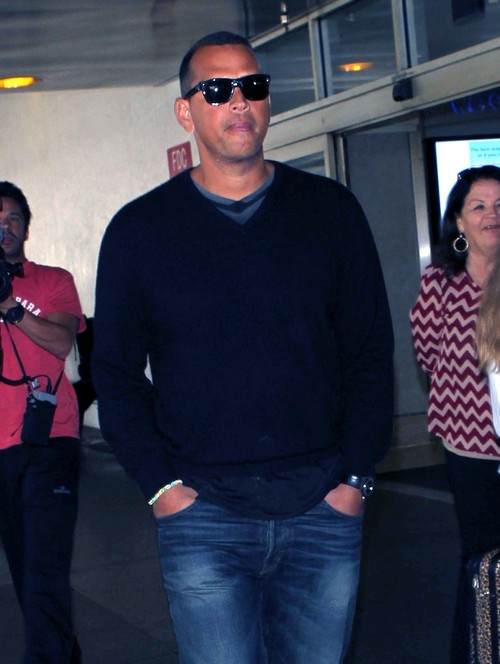 Alex Rodriguez has a 162 game suspension – the entire 2014 season including any potential playoff games – this has been upheld by an independent arbitrator in the athlete’s appeal of an earlier decision. A-Rod was suspended for the entire 2014 season including all play off games for using performance enhancing drugs, a practice commonly know as doping. This decision could cost Alex his entire salary of $25 million. Ouch.

Because there is no magic juju juice one can ingest to help them win in court, the concept of loss is probably foreign to him; he’s all upset about the verdict and took to twitter to bemoan the justice system and vow to continue the good fight. In a statement, Alex concluded that:

“The number of games sadly comes as no surprise, as the deck has been stacked against me from day one. This is one man’s decision, that was not put before a fair and impartial jury, does not involve me having failed a single drug test, is at odds with the facts and is inconsistent with the terms of the Joint Drug Agreement and the Basic Agreement, and relies on testimony and documents that would never have been allowed in any court in the United States because they are false and wholly unreliable. This injustice is MLB’s first step toward abolishing guaranteed contracts in the 2016 bargaining round, instituting lifetime bans for single violations of drug policy, and further insulating its corrupt investigative program from any variety defense by accused players, or any variety of objective review.”

Well, they’re all innocent aren’t they? Lets backtrack to when everyone thought losing a testicle actually gave a man super powers but then we all found out that Lance Armstrong was guilty of doping. All of a sudden he wasn’t so cool anymore, he wasn’t the one testicle wonder, and people were embarrassed to wear those multi color live strong bracelets. He was stripped of everything he worked so hard for and banned from a sport that he loves, it hardly seems worth it to cheat.

On one hand, I do think we expect way too much out of our athletes, and those expectations could cause them to be see a short cut as a more alluring way to reach their goals, I get it. However I do think they get paid an Inordinate amount of money to do something which in the grand scheme of things helps humanity very little and cheating at it is quite douchey. That money could go to teachers, social workers, policemen, and firefighters, instead we pay athletes millions to lie to us. It’s a shame really, but its the upside down world we live in. We are these jugheads going to get it? This isn’t the Marvel universe, it’s not okay to turn yourself into a science experiment to win games, it is if your suiting up in the stars and stripes and fighting Hitler in WWII, but not to win games. Then it just makes you a tool with an overdeveloped ego and a slightly smaller scrotum.