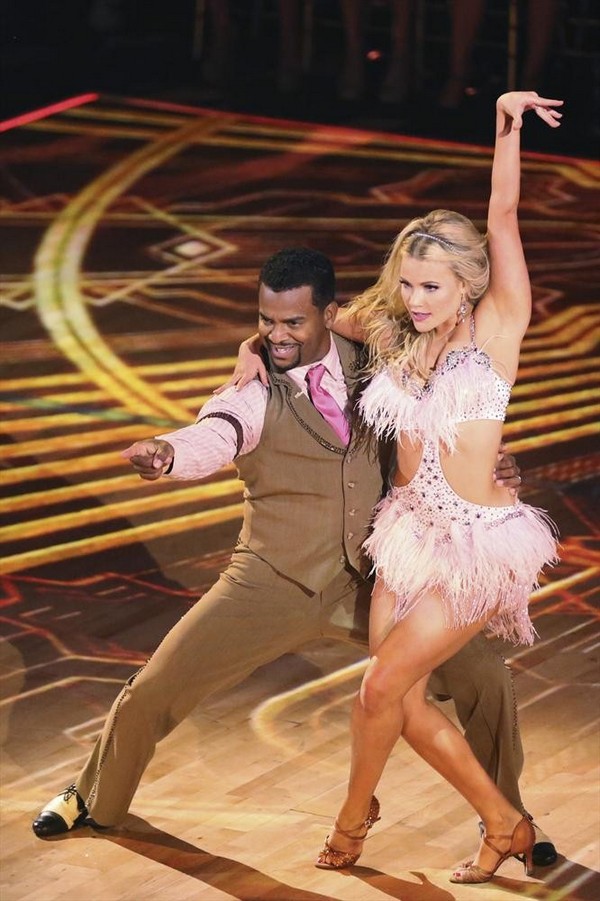 Tonight on the season 19 week 2 of Dancing with the Stars  American actor, television director, dancer and game show host Alfonso Ribeiro & his partner Witney Carson danced a Samba to “Gettin’ Jiggy Wit It” by Will Smith.  On tonight’s episode the 12 remaining celebrities dance to their favorite songs #MYJAMMONDAY.  The show kicked-off with a spectacular opening number featuring the full cast and judges dancing to a medley of the judges’ favorite songs. Each couple will then perform a variety of dances, including the Cha Cha, Foxtrot, Jive and Rumba, to their favorite jam.  Did you watch tonight’s premiere episode?  If you missed it we have a full and detailed recap, right here for you.  If you missed any of tonight’s videos we have them all for you too!

On last week’s episode Alfonso performed a Cha Cha Cha and Carrie-Ann loved it saying, “You raised the stakes my friend, excellent.”  The judges scored Alfonso a 37/40.  If you want to see his Cha Cha Cha from last week, you can check the video out here.

Alfonso Ribeiro and professional dancer Witney Carson: dancing a Samba.  Tommy has been getting ready for his dance and tweeted about this week tweeting, “Today’s the day Witney Carson and I do a Hip Hop Samba to Will Smith’s Getting Jiggy With It. You must vote.”

Judges’ Comments: Julianne: “You’re great because you have the Alfonso groove.  I’m not telling you to get rid of it.  I am looking for you to get more Samba groove.  I want to see the ballroom groove.” Bruno: “You’re personal style is unique and extraordinary.  Julianne is right your performance is astonishing.” Carrie Ann: “You lost connection a bit.  Costume malfunction.  A solid performance.” Len: “You were popping like buttons on a tight shirt.  Next week is the waltz.  I want to see you in the ballroom.”