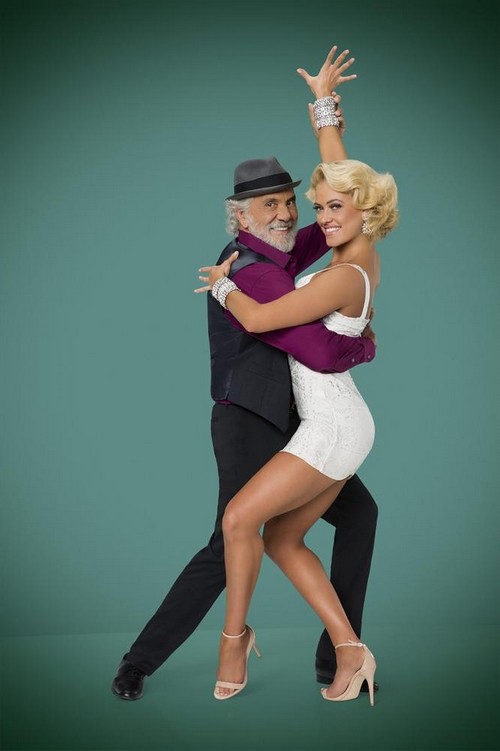 Tonight on the season 19 premiere episode of Dancing with the Stars Canadian comedian, actor, writer, director, activist, and musician Tommy Chong danced a Cha Cha Cha to “Drop It Like It’s Hot” by Snoop Dogg.  The competition kicked off tonight with a two-hour premiere and each couple performing a Cha Cha, Foxtrot or Jive, vying for America’s vote for the first time.  Did you watch tonight’s premiere episode?  If you missed it we have a full and detailed recap, right here for you.  If you missed any of tonight’s videos we have them all for you too!

Tommy Chong and professional dancer Peta Murgatroyd: dancing a Cha Cha Cha dance. Tommy has been getting ready for his dance tonight.  Tommy tweeted this about tonight, “Don’t forget to set your DVRs for Monday. Me & Peta are gonna be smoking up the room w/ our moves!”

Judges’ comments: Julianne: “I thought I liked older man, but this is a whole new level, this is sexy.” Bruno: “I have to be honest, I wasn’t expecting cool grandpa.” Carrie Ann: “That was fantastic, you know you are good and so cool, you killed it.” Len: “Your performance loomed like a performance at the dentist, I enjoyed it, well done.”