Does Angelina Jolie Have a Problem With Amal Alamuddin’s Political Views – Is That Why Brangelina Skipped The Clooney Wedding? 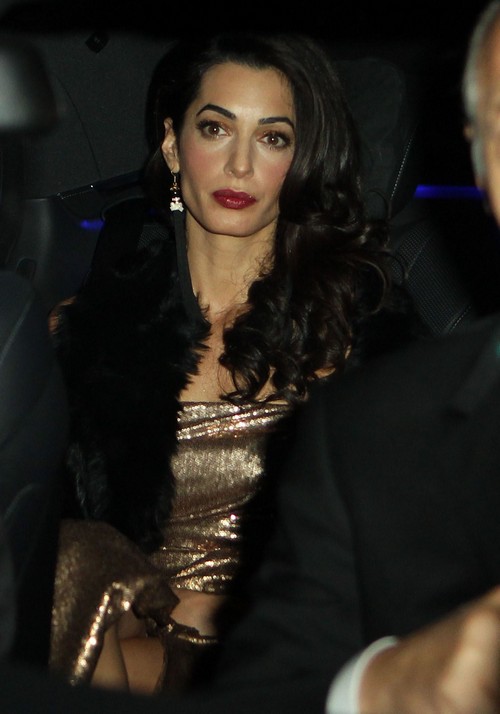 Amal Alamuddin and Angelina Jolie were never going to be best friends, but nobody expected them to start a feud either. Well, maybe feud is a strong term for it, but the world’s most famous actress and humanitarian vs. the world’s most famous lawyer (only thanks to marrying George Clooney of course)? Yeah, not buddies. One thing for certain – Brangelina skipped the Clooney wedding and you don’t get a redo on that sort of major statement, do you?

Although some silly reports are claiming that Angelina Jolie is threatened by Amal Alamuddin’s success, we find that hard to believe. Angelina’s won an Oscar, was granted honorary Dame status by Queen Elizabeth herself, will probably end up winning a Nobel Peace Prize for the great work she does helping people and is going into politics in the future – why would she be threatened by Amal whose claim to fame is marrying George Clooney? Plus, Angelina Jolie’s always prided herself on being welcoming to women from all backgrounds, and she’s always played nice with people she felt were worthy of her praise and admiration.

So basically, is the whole Angelina Jolie/Amal Alamuddin feud being caused by petty jealousy? Yeah, don’t buy it for one second. However, another theory being floated by is that Angelina doesn’t agree with some of Amal’s politics, i.e. some of the people that Amal’s represented as a UN lawyer. Some of Amal’s clients have been incredibly controversial, and not necessarily the most popular people on planet Earth. People of this stature have very strong political opinions, and Angelina might have just disagreed with some of Amal’s more overt political sentiments – or heck, maybe she just didn’t like some of the people that Amal repped. Either way, there has to be a better reason than jealousy, right?