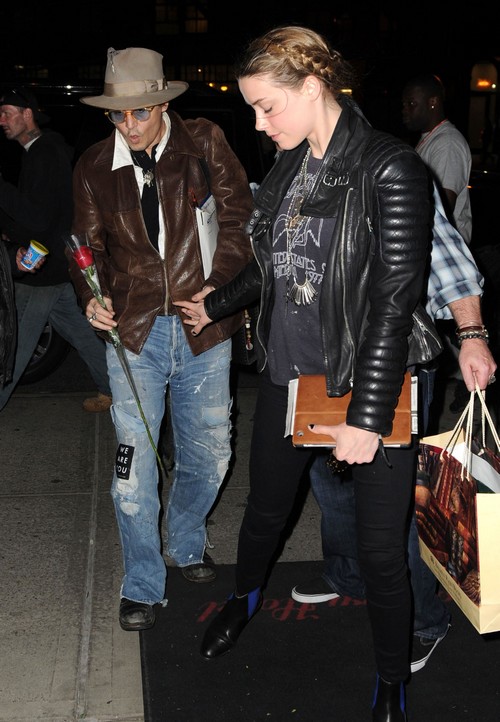 Everybody in Hollywood is playing ‘What in the world happened to Transcendence‘ right now, with box office results coming in, showing that the film bombed in a disappointing fourth place. More than disappointing, the figures are almost astonishing in their lousiness. The script was well received, the movie starred Johnny Depp, and it was produced by a major studio. So what exactly went wrong?

Well, the major consensus seems to be that Johnny Depp is no longer a draw for the audience. After selling out and making increasingly crappy movies every year, Johnny’s star has faded to the point where his name is no longer a guarantee of quality. In fact, it’s actually doing the exact opposite for some people. Outside of Pirates of the Caribbean, seeing Johnny’s name on a poster is a sign that the film will be weird and difficult to comprehend, and not exactly simple blockbuster fare. Plus, the negative reviews probably didn’t help.

Either way, Johnny’s career is going down the crapper, just like his relationship to Vanessa Paradis did. I can’t help but feel like it’s indirectly linked, even if it’s not. Maybe he just stopped caring about everything at the same time? It’s obvious that he seems to be having some sort of mid-life crisis, and his career and love life definitely reflect that. However, even if he is head over heels in love with Amber Heard, what’s the guarantee that she’ll stay with him now that his career is skydiving into the pits?

When Amber first got together with Johnny, he was still THE Johnny Depp. Now he’s just Johnny Depp, the guy who can’t even open a movie. Considering that sources close to Amber have stated that one of her biggest reasons for agreeing to marry Johnny was the career boost she would inevitably get from the relationship, what will she do now? She won’t be getting that career boost, not when he can barely give himself the same boost. So why bother going through with the marriage and the charade of a relationship when she’s getting nothing out of it? It’s not like Johnny’s in his prime any more, career OR looks-wise.

What do you guys think? Will Amber end up dumping Johnny eventually, or will they stay together? Let us know your thoughts in the comments below.