Amber Heard Pregnant With Johnny Depp’s Baby According to Mark Wystrach, Her Ex-Boyfriend 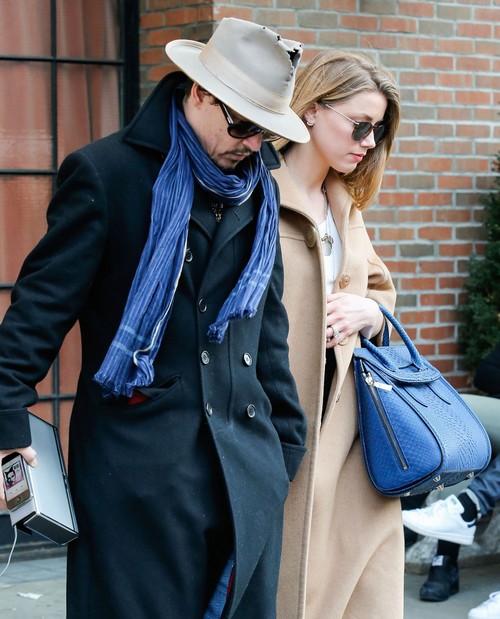 Even though Johnny Depp has denied rumors that he’s having a shotgun wedding with Amber Heard, sources are telling In Touch Weekly that Amber is actually pregnant.

Amber’s former boyfriend, Mark Wystrach, tells In Touch, “She’s pregnant already! I saw her three weeks ago. Amber and I dated years ago but we are still close.”

Hmm.. is this a case of an ex-boyfriend trying to play a prank on his ex-girlfriend, or is he telling the truth? Amber and Johnny have been dating since 2012, so a wedding does seem rather quick – especially when Johnny was with Vanessa Paradis for so long, yet never proposed to her despite the fact that they have two children together.

Maybe it was pressure from Amber, who might have refused to continue with the relationship if she didn’t get a proposal out of it. Perhaps she felt that she didn’t want to have a child out of wedlock, even though that’s considered the norm in Hollywood. Either way, if Amber really is pregnant, we’re bound to find out sooner or later.

Johnny already has two children with Vanessa, but this would be Amber’s first child. Right now, Amber is not displaying the slightest bit of baby weight, but with skinny actresses, it usually takes ages for the baby bump to show up.

What do you guys think? Is Amber really pregnant? Let us know your thoughts in the comments below.